Vietnamese wife beat up husband with golf clubs, stabbed him after thinking he was having affair 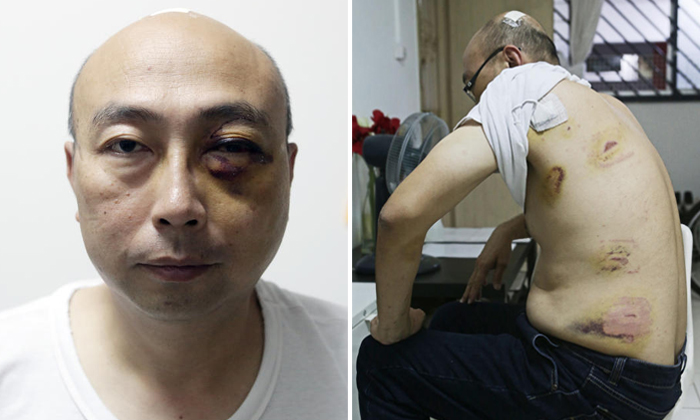 Believing that her husband was having an extramarital affair due to the long hours he spent away from home, a Vietnamese woman stabbed and assaulted him during an argument.

She was sentenced to 30 months in jail after pleading guilty on July 18, reported Lianhe Wanbao.

During court proceedings, it was revealed that Mr Zhong Zhengye, 51, intended to divorce Phan and had already engaged a lawyer to meet with her, which she rejected.

According to court documents, the couple had gotten into a heated dispute at Block 399 Yishun Avenue 6 on March 29 this year, at around 4.25am.

They were arguing in their bedroom when Phan took out a knife and stabbed Mr Zhong in the back.

She then picked up a golf club from the ground and swung it at Mr Zhong's back, before beating him with another golf club.

Mr Zhong fled to the living room, but the accused picked up another two golf clubs and gave chase. This time, she hit him in his left eye and back.

Their daughter was awakened by the noise and tried to separate both of them.

Mr Zhong subsequently called the police and said: "My wife wants to kill me, my face is full of blood."

Mr Zhong, who heads a business development unit, told Wanbao in an earlier interview that he had gotten to know Phan, a divorcee from Vietnam, through a friend.

The two were in a relationship for seven years before marrying in September 2014.

Phan then came to Singapore on a Long-Term Visit Pass with her daughter from her first marriage.

Mr Zhong also said that he and his wife argued frequently after they moved into their Yishun flat three years ago.

"I am very busy with work, often leaving home early and returning late. We always quarrel about it and she even suspected that I was having an affair," he added.

View more photos of the victim's injuries in the gallery.