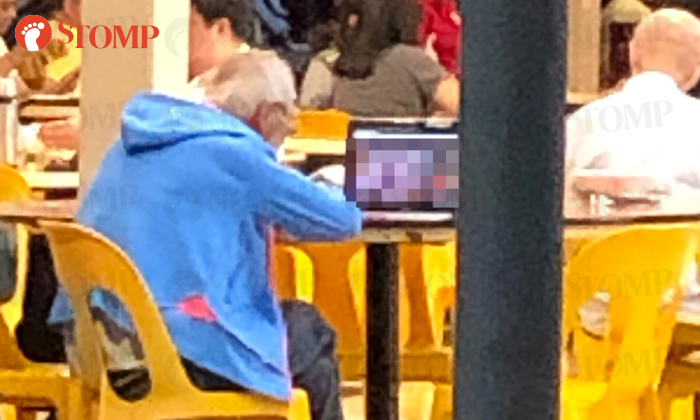 An elderly man was spotted watching a pornographic video at a coffee shop in Marine Parade despite the presence of other patrons and passers-by.

Stomper Evelyn was passing by the coffee shop at Block 80 Marine Parade Central last Thursday (Oct 15), at around 10pm, when she noticed the man.

"He was watching it through a laptop together with another man, which I didn't manage to capture on camera.

"We had actually walked away already, but decided to go back and take a picture of the man.

"We ended up staying there until he left. He was watching it for a good 20 minutes after we first realised what he was doing!"

Asked how she felt about the incident, Evelyn told Stomp: "It's very disturbing and disgusting. He was watching it in public, where there were many people passing by, including kids."