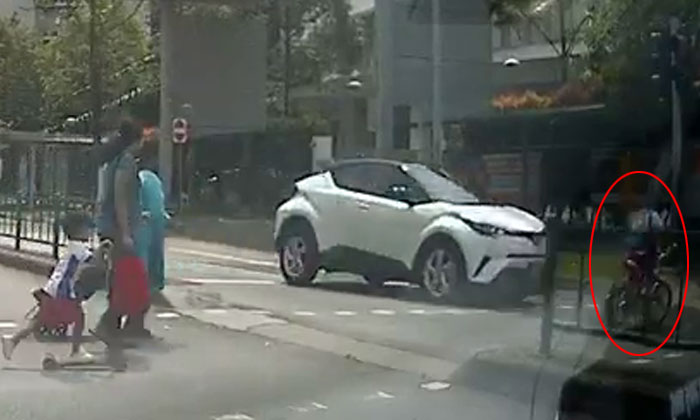 A Toyota driver had a near accident with a young boy riding a bike after he failed to stop at a pedestrian crossing at Edgedale Plains.

Facebook user Andrew Ng posted a video of the incident that was also shared by ROADS.sg.

According to the timestamp on the footage, the incident happened on July 24 at about 11.39am.

In the video, a couple of women and two boys riding a bike and scooter are seen crossing the road in front of Greendale Secondary School.

The green man is showing in their favour

As they reach the second half of the crossing, a white Toyota is seen approaching with no signs of slowing down despite the red light.

He comes within inches of the boy on the bike before coming to a sudden stop.

The women are seen gesturing at the driver who later reverses his vehicle to go behind the crossing.

Netizens have slammed the driver for his reckless driving and almost causing an accident. 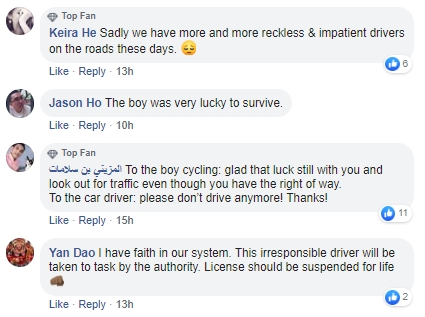