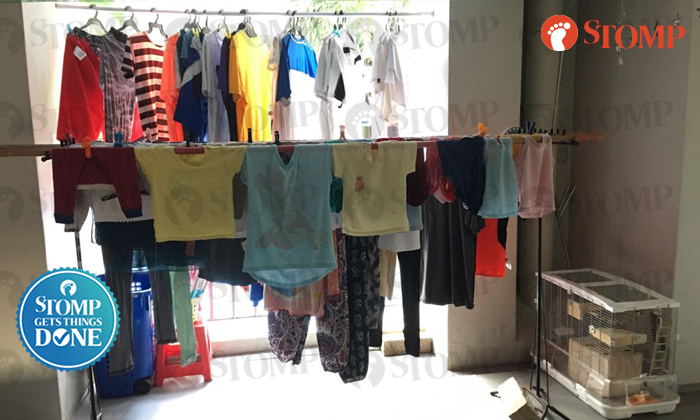 A family residing at Block 700C, Ang Mo Kio Avenue 6 has been asked to remove their clutter from the common corridor, said Ang Mo Kio Town Council in response to Stomp queries.

In a May 21 report, Stomper S described how the actions of her next door neighbours have left her and her family distressed.

S shared photos of the numerous items that her neighbours have left along the corridor, including laundry and a bird cage.

The Stomper also alleged being harassed and taunted by her neighbours.

Videos that she contributed show a man from the next door unit smoking outside his flat and throwing the cigarette butt down the block, as well as a boy flashing his middle fingers at her family on multiple occasions.

In response to a Stomp query, Ang Mo Kio Town Council said it "has been engaging the feedback provider’s neighbour to remove the clutter from the corridor."

It added in its statement: "This is the first time we have learnt about the harassment and smoking allegations. The allegations have been forwarded to the relevant enforcement agencies for their follow-up."