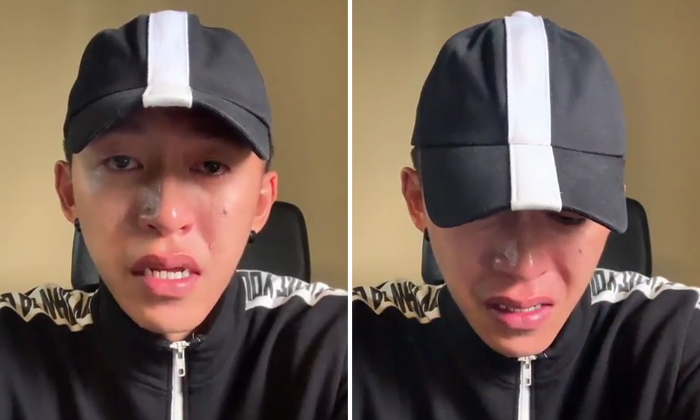 Local actor Tosh Zhang has stepped down as an ambassador for this year's Pink Dot event for the lesbian, gay, bisexual, transgender and queer (LGBTQ) community.

Barely three days since his appointment was made public, Zhang announced his decision in a tearful video posted to his Instagram on Saturday (May 18).

"I don't want to be a distraction, and have the attention, the limelight and conversation on me when Pink Dot should be a day where we celebrate love, celebrate the LGBTQ community and push for change and equality in Singapore," Zhang said in the two-minute clip.

The announcement comes after the 29-year-old actor apologised for derogatory tweets made about LGBTQ people between 2010 and 2013, which were highlighted by Facebook user Sarah Yip.

In Saturday's video, Zhang said that it has been "a really rough few days" for him.

"I know in my heart that I'm no longer that person from a decade ago, and people who know me and follow me on social media, they will know that I have always been standing up and pushing for LGBTQ rights in the past few years.

"I hope you guys will judge me for the man that I grew to be, and not the boy that I used to be," said the Ah Boys to Men star.

Zhang apologised again and thanked those who stood by him during this difficult time.

The video statement garnered over 23,000 views in two hours.

In a separate Instagram post later on Saturday, Zhang also said he is going to take a rest from social media, and said he will no longer explain or justify himself further.

"I can't please everyone and I will not try to... The amount of hate I've gotten (these) few days has been overwhelming and as much as I'm trying not to let it get to me, it's getting to me," he said.

In a statement the same evening, Pink Dot's organisers said that news of the decision came as a surprise as it had been contacting Zhang for discussion. It said that it respected his decision to step down.

"Pink Dot SG has always advocated for the change of hearts and minds of Singaporeans where their views on LGBTQ rights are concerned," said Pink Dot in a Facebook post.

"We believe the evolution of Tosh's views over the years is a demonstration of the empathy and understanding that many Singaporeans are capable of."

In an earlier statement on Thursday, Pink Dot had called Zhang's tweets "homophobic and misogynistic".

The theme of this year's Pink Dot event is "Against Discrimination".

It is now in its 11th year and is expected to take place on June 29 at Hong Lim Park.

Several of Zhang’s contemporaries in the local entertainment scene have commented on his posts in support, including fellow Ah Boys to Men actors Charlie Goh, Noah Yap and Apple Chan.

Yap defended Zhang in a comment, asking his detractors to “grow up” and move on.

“Let who is without sin cast the first stone. We all make mistakes in our lives, so who are we to judge anyone about it? Are we going to crucify a kid because he wet his pants 10 years ago?”

Similarly, Goh said: “We are all humans and we go through a process of learning. Life is like that. Yes, when we make mistakes we stand up, acknowledge it, apologise and move on. If you were not who you were 10 years ago, you wouldn’t be who you are today.”