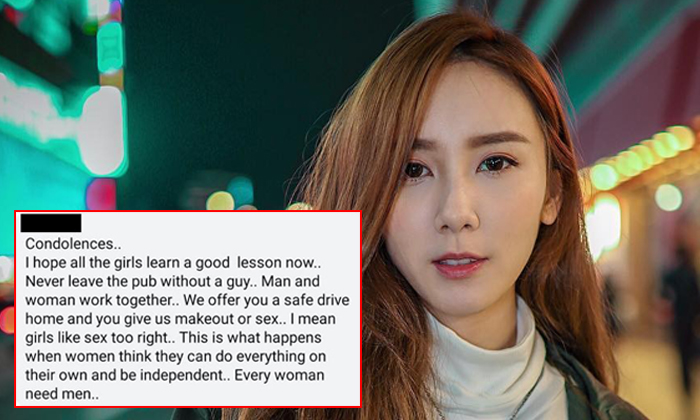 A medical student in Malaysia has drawn flak for inappropriate remarks made in response to news of actress and singer Emily Kong's death.

The 29-year-old Malaysian star was killed after her car crashed into a tree in Kuala Lumpur at around 3.20am on Saturday (March 9).

A netizen, identified as a student from International Medical University (IMU), had offered his condolences in a comment on The Star's Facebook post about Kong's accident.

However, he also made remarks suggesting how Kong could have avoided the tragedy.

In a now-deleted comment, he said: "I hope all the girls learn a good lesson now... Never leave the pub without a guy... Man and woman work together... We offer you a safe drive home and you give us makeout or sex... I mean girls like sex too right...

"This is what happens when women think they can do everything on their own and be independent... Every woman need men...”

Prior to deleting his viral comment, the netizen had also said that he stood by his opinions, adding that "women are bad drivers."

This had led to a petition being set up on Sunday (March 10), calling for the netizen to be "prevented from being a doctor."

A description on the Change.org petition called the medical student "a threat to our society" and said "allowing him to bare a white coat is liken to giving a wolf a sheep’s skin." 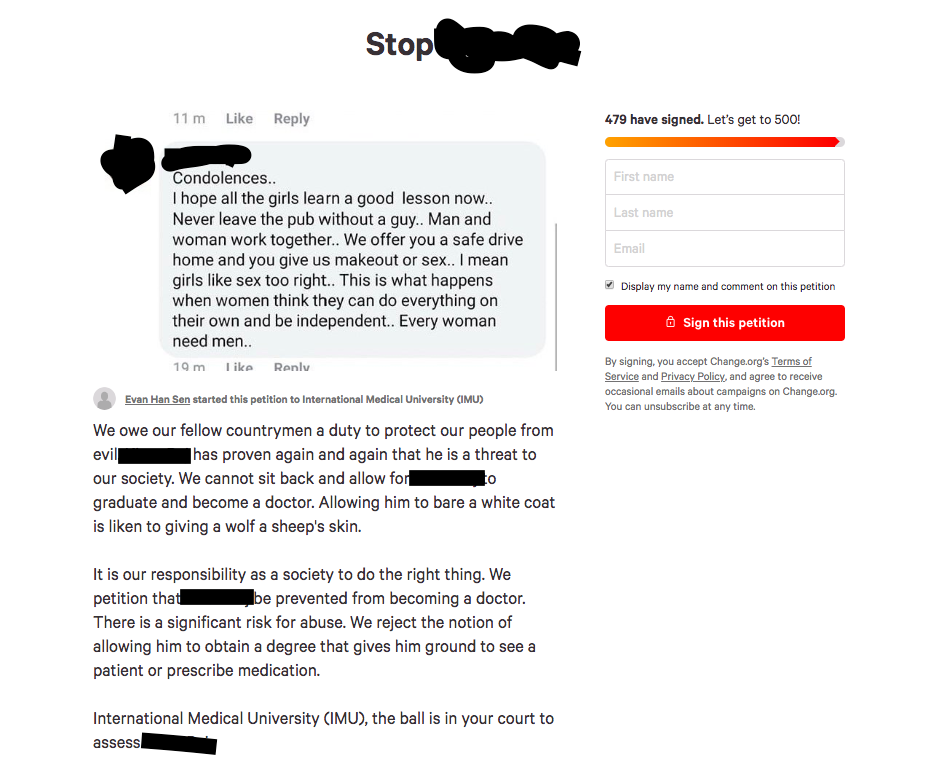 The petition has garnered more than 41,000 signatures to date.

In a media statement on Monday (March 11), IMU said it was aware of the incident and that the student in question "had agreed to cooperate by withdrawing his online comments." 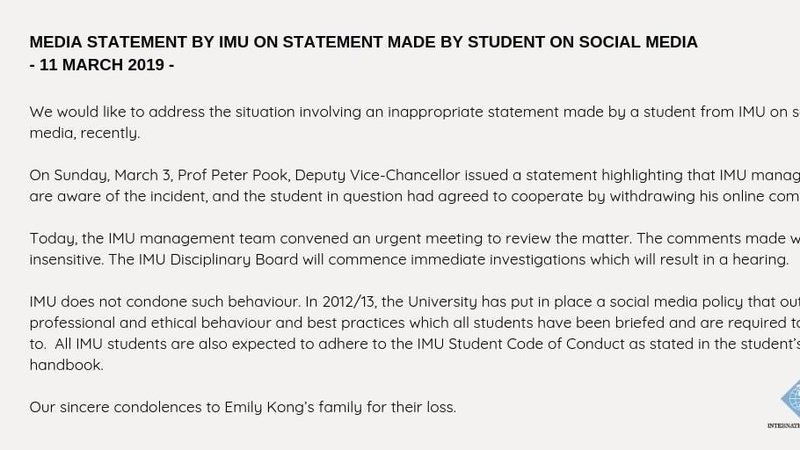 Calling the student's comments "insensitive," the school said its disciplinary board would commence immediate investigations that will result in a hearing.

"IMU does not condone such behaviour," it added.