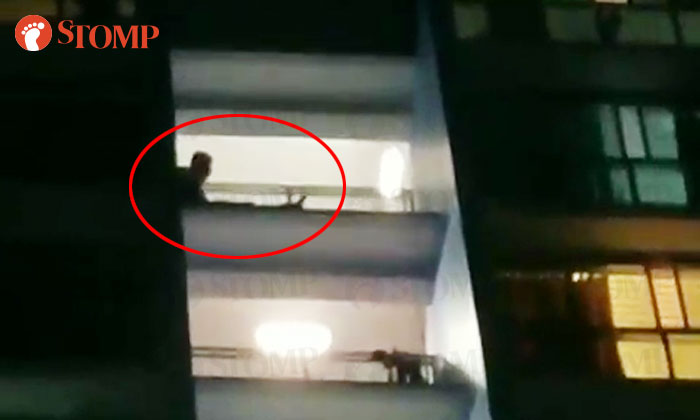 Stomper Hazel was going home after dinner when she noticed a huge crowd had gathered below her block.

"There were police cars and ambulances, and the area was cordoned off," she said.

When she looked up she saw a man sitting on a ledge.

In response to Stomp's media queries, a police spokesman said that the police were alerted at 7.22pm to a case of attempted suicide at the said location.

"A 20-year-old man was arrested in relation to the case," he said.

Related Stories
Yishun woman cuts herself with knife and stands on 11th floor railing after husband's alleged affair
Maid dangling on parapet: She climbed out of window after being locked in room while cleaning
49-year-old woman arrested for attempted suicide and drug-related offences at AMK Block 645
More About:
attempted suicide
arrest
height