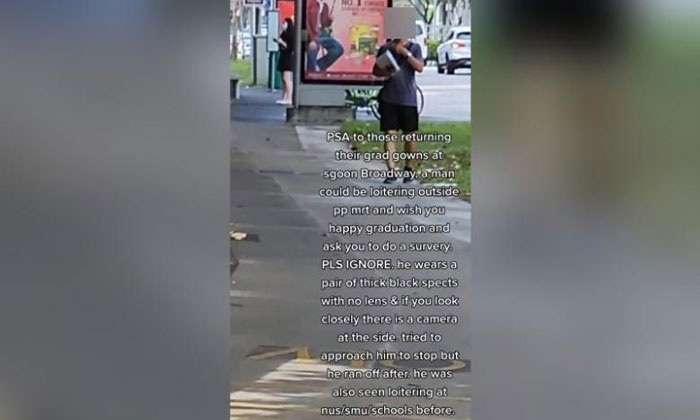 A TikTok user posted a video recently warning students about a man in Serangoon who allegedly approaches girls to do a survey while carrying a hidden recording device.

The user urged those in the area to be wary of the man, who “loiters outside Potong Pasir MRT station”, adding: "He'll ask you to do a survey. Please ignore. He wears thick black spectacles with no lens. And if you look closely, there's a camera at the side."

The same man was previously seen near the National University of Singapore, Singapore Management University and around Kent Ridge MRT station, the user added.

The video has garnered over 150,000 views, with some commenters saying they had seen the man after returning their gowns in Serangoon and done the supposed survey.

pls read. saw him at kr mrt a few times. tried to stop him this time but he ran off. heard he was also seen loitering during commencement period. girls if you see him, walk away/ignore. if on campus pls call campus security. photo of him at Kent ridge with courtesy from a friend.

In another TikTok video shared on the same day, user Vixpinkaaay recalled a stranger who approached her outside Kent Ridge MRT station about a survey.

"He asked me if I'm joining any orientation programmes, and I was like 'this is very weird'", the woman said, adding that she also gave him her birth date, mobile number and email address.

In the two-minute video, Vixpinkaaay shares screenshots of messages that the man sent to her, which includes wishing her a Happy New Year and Valentine's Day.

The TikToker user said: "It started getting weirder, so I blocked him.

"If it's the same person, It's quite terrifying knowing that he has been doing this to so many girls." 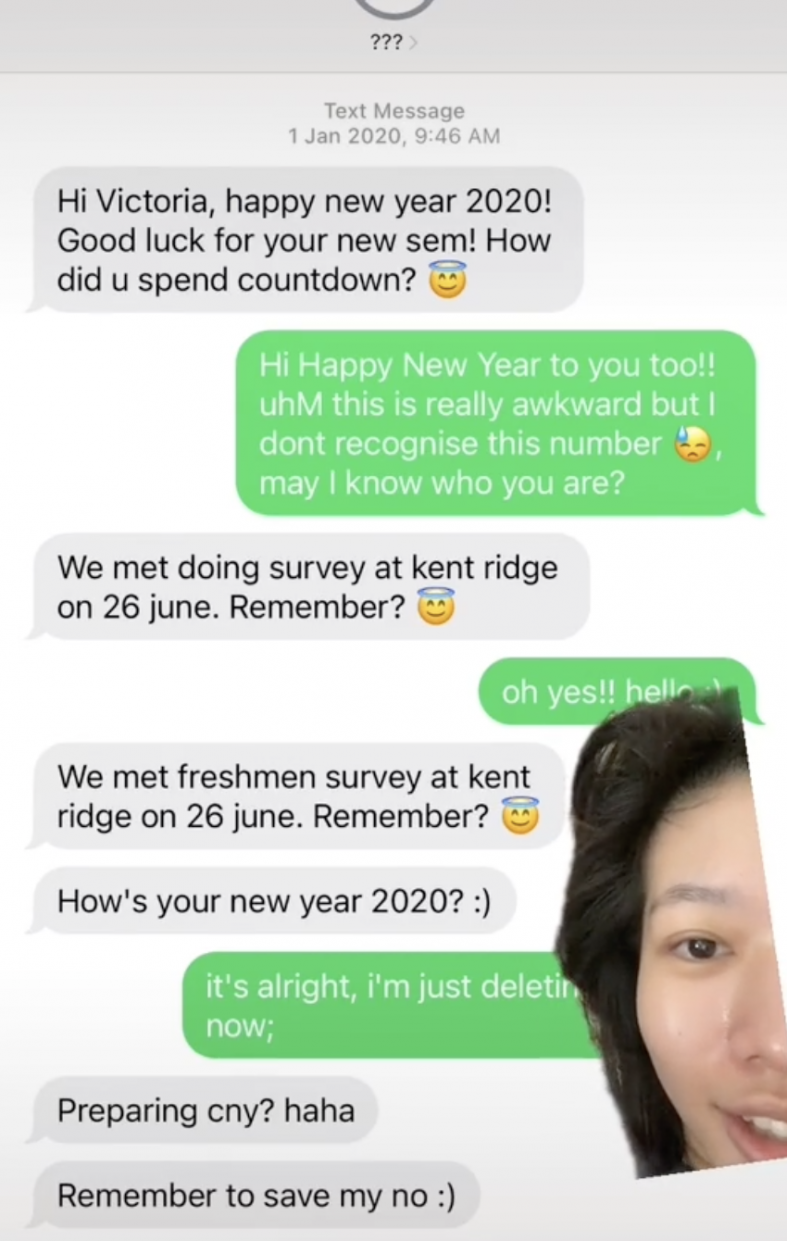 TikTok user Vixpinkaaay shared screenshots of messages that a man, who might be the same individual in the question, sent to her.