This 'super stylo' guy on train belongs to a hair commercial 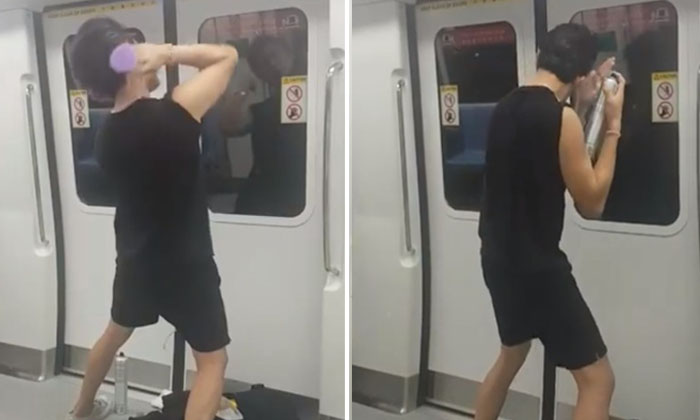 Most people pass time on the train by using their phones, but this "stylo mylo" guy made use of his time by styling his hair.

Several Stompers alerted Stomp to a video of a man styling his hair in a train, which went viral on Facebook yesterday (Nov 27).

It is unclear where exactly the incident happened.

The video shared by Facebook page ROADS.sg garnered 32, 000 views after it was posted at 9.45pm on Tuesday.

He faces the train's window to see his reflection and stands with his legs apart, squatting slightly.

At one point of the video, he claps his hands and sprays hairspray on them.

He then flips his head up and runs his hands through his hair.

He looks at his reflection as though he is posing and proceeds to comb his hair vigorously.

The video ends there.

Another Facebook user Andrew Low called the man "stylo mylo" which is a Singaporean slang for stylish.

Related Stories
Guy who got $118 'mangkuk' haircut gets it fixed by salon
Mysterious able-bodied man seen asking people for $1 almost every day in Yishun
Elderly couple chilling at HDB lift lobby for 10 hours daily not homeless, explain why they do it
More About:
viral
hair. unusual