'This may be self-praise, but I will not hesitate to share it': Man who helped wheelchair-bound uncle 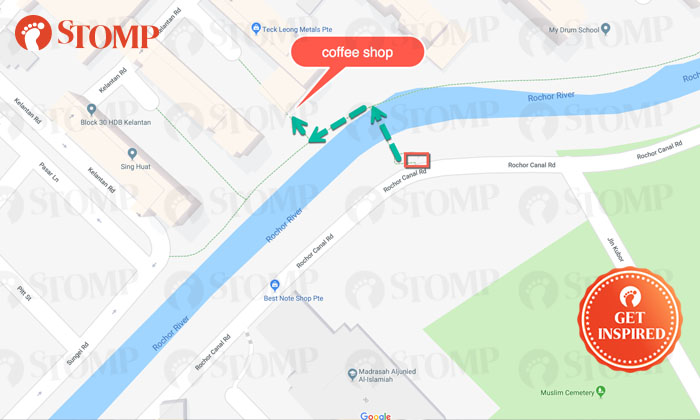 Under the glare of the scorching sun, Stomper Ah Beng and two other kind souls braved the heat to help an elderly man who was stranded at Rochor Canal Road yesterday (May 17), at around 12.45pm.

Ah Beng said: "This may be a self-praising story, but I will not hesitate to share it."

Recounting the events, Ah Beng said that he was cycling back from lunch to his workplace and was passing through Kelantan Road towards Rochor Canal Road, which was his usual cycling route during lunchtime.

"After crossing the Rochor River, I had to stop at a traffic light to cross Rochor Canal Road, so I slowed down to alight and cross.

"Before I proceed, please note that it was a very bright, hot and sunny day. The temperature felt like it was more than 36 degrees.

"Hence if you really stand there under the hot sun for five minutes without any shelter over your head, you will feel as if the heat is peeling your skin, and your sweat flowing from top to bottom."

Ah Beng then saw an elderly man who appeared to be over the age of 80 near a traffic light with a motor-powered wheelchair, wearing only a pair of shorts.

Thinking that the elderly man wanted to come up using the ramp, Ah Beng stopped and stood aside to give way, and waited at the top of the ramp for a minute.

However, instead of turning to come up with his motor-powered wheelchair, the elderly man started pressing buttons and looked up and down and then at Ah Beng.

Realising that something was wrong, Ah Beng approached the elderly man.

After conversing with him, Ah Beng realised that the old man's wheelchair was was low on battery and its wheels were locked.

"I picked his towel up from the ground and told him to put it over his head first since it was super hot," said Ah Beng.

"I then looked around for help but the road was empty.

"I felt so helpless.

"I finally saw one person walking towards us, so I called out to him for help.

"We tried figuring out how we could move him away from the traffic light to the ramp and to the shelter but to no avail.

They were soon joined by one other man and a woman.

"After making sure that the elderly man was sitting properly on his wheelchair, we three men lifted it all the way to a coffee shop that was about 22 meters away," said Ah Beng.

"I was sweating under my office attire from top to toe.

"The person who first came to help called the police for assistance.

"A few Chinese uncles also came from the coffee shop to talk with the elderly man."

When asked if Ah Beng had taken any photos of the incident, the Stomper said: "While doing help like this, I do not have the mood to take photos. It becomes selfishness."

After thanking everyone who stopped to help the elderly man, Ah Beng then left him to pick up his rental bike and rush back to his workplace.