The Smart City way to securing Singapore and its borders 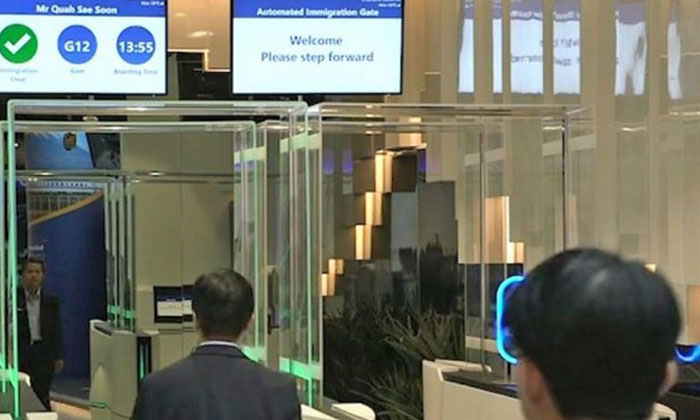 With advancing technology and the ubiquitous Internet, it is easy for any organisation to be susceptible to hackers and terrorist attacks.

Thus, it is important for organisations to stay vigilant against such attacks.

The sixth and final episode of the "Smart City" Web series covers the various measures taken to keep our nation safe and secure with the use of innovative technologies.

The Immigration and Checkpoints Authority (ICA) has embarked on various smart transformation processes to combat the challenges it faces.

One such issue would be the scanning of buses at Tuas Checkpoint. Previously, it was time-consuming for officers to check every bus. But after installing new scanners, the process can detect items concealed in buses quicker.

This allows officers to perform more targeted checks on specific parts of the bus where anomalies have been detected by the scanners.

Two weeks after the implementation of the scanners, ICA officers successfully foiled the smuggling of 1,000 cartons of duty-unpaid cigarettes, which were hidden in the rear compartment of a bus.

Security checks and screenings at airports will soon be a hassle-free experience with biometric technology solutions.

To reassure those worried about identity fraud, NEC has come up with a liveliness detection technology. It has the ability to verify if the biometrics determined come from a real person or an image.

Smart City is a six-episode video series produced by The Business Times.

The series covered some of the Smart Nation initiatives launched by Singapore in fields such as electronic payments, digital identity and transportation.

Smart Nation is an initiative by the Singapore government to transform the Republic into a global city through technology and digital innovation.

The Web series was released bi-weekly from September to November. It will be available on BT and other Singapore Press Holdings platforms for those interested to catch up on previous episodes.

To watch the videos, go to bt.sg/videos

Related Stories
Moving towards a Smart City
What was your very first phone and what did you like best about it?
Why Apple thinks it's smart to skip iPhone 9 to go for iPhone X
More About:
technology
digital
show