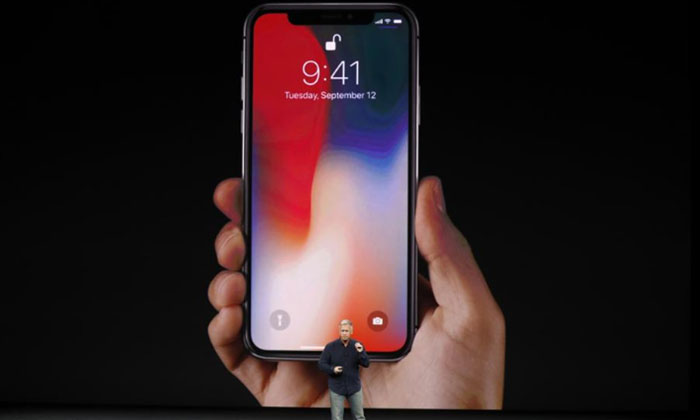 In the global flurry of excitement over Apple's launch of two iPhone 8 models and the highly anticipated super high-end iPhone X today, a kindergarten kid might ask his parent: Does Apple know how to count?

What happened to iPhone 9?

Why did Apple skip 9 to produce iPhone X (pronounced officially as iPhone Ten)? Is 9 an unlucky number to Apple, which also launched the new Apple Watch 3 and Apple Watch 4K TV at the same time?

Probably not. But those not monitoring Apple's performance in the smartphone market and its corporate mission closely are likely to wonder why it shunned 9.

Here's our take on why Apple took that huge leap forward.

As it celebrates its 10th anniversary of the launch of its iPhone, it's only timely to show the world it's still the leader of iPhone innovation with a new flagship futuristic version.

With an edge-to-edge display, the 256-gigabit glass and stainless steel device is seen as its flagship product to ward off competitors with dazzling new features, like wireless charging, an infrared camera and hardware for facial recognition, which replaces the fingerprint sensor for unlocking the phone.

Users just need to tap the device to wake it up  - no more home button for this. It also boasts capabilities in augmented reality, in which digital images are overlaid on the real world.

Although Apple managed to kill off BlackBerry, which once dominated the smartphone market, it has been facing competition from Android phones produced by Huawei, Samsung, Sony, HTC, Lenovo, and others using Google's operating system.

Last year, its iPhone 7 fell on its face when many consumers gave it the snub as it was way too similar to the iPhone 6, suggesting that the Apple was not refreshing fast enough while Android rivals like the Samsung Galaxy S7 were seducing fans with exciting new features.

2. APPLE THINKS FANS ARE READY FOR ITS COSTLIEST PHONE

Priced at an astonishing US$999 (S$1,344), the most expensive iPhone ever, the more refined iPhone X reflects Apple's confidence in consumer spending power and move into the luxury territory.

Apple shop in Singapore, which is taking orders on Oct 27,will be selling it from S$1,648.

While the average iPhone buyer might find it too expensive, the company has said the iPhone X would herald in a new era for the smartphone, much like how the original iPhone did 10 years ago.

As Tim Cook has said the device would "set the path for the next decade", you can expect Apple to build on some of the iPhone X's best features such as the security facial recognition, wireless charging and cool camera effects.

It is "no more expensive - relative to Apple's stock price - than the first iPhone in 2007," noted news agency Reuters.

In fact, some observers believe that the phone could push the listed company to the US$1 trillion mark soon. At around US$830 billion after producing good results last quarter, Apple's stock market value on the day of its newest iPhone launch has towered over its next-largest rival, reported Reuters.

"If history is any guide, the unveiling on Tuesday of the iPhone X - the 10-year anniversary edition of Apple's ubiquitous device - signals that the $1 trillion milestone could well be breached within the year," reported the news agency.

While Apple shares dipped 1 per cent after the launch event today - possibly due to the delayed availability of iPhone X till November 3 and the perception that its price tag is too exorbitant, Apple shares on average have gained an impressive 33 per cent in the year following each of its previous iPhone launch events.

With Vertu, the maker of much more expensive luxury phones bowing out of the market a few months ago, it's high-time Apple went for the upper segment.

After all, Apple smartwatch, once thought as a flop, has quietly become the most popular watch in the world ahead of rivals such as Rolex and Fossil - another feat that Tim Cook and his colleagues were celebrating today as they launched a more cutting-edge update.

Related Stories
JJ Lin may be first Singaporean to get his hands on iPhone X
Woman finds lost iPhone and discovers serious security flaws despite it being locked
Simple hacks to help free up space on your iPhone without deleting photos
More About:
Apple
iphone
technology
trivia