The most chill 'jaywalker' you will ever meet in Yishun 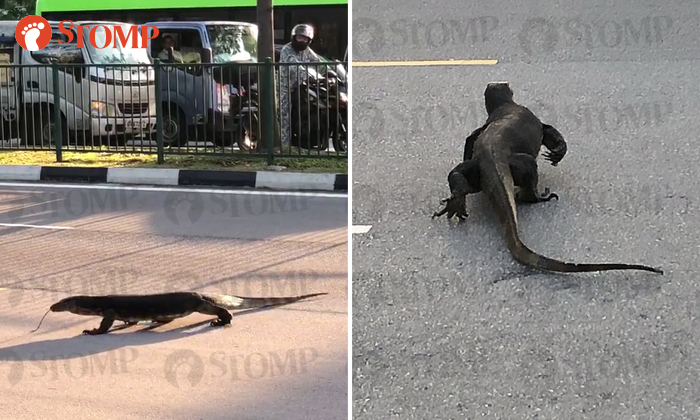 A monitor lizard that was crossing the road in Yishun caught the eye of several passers-by and motorists.

Stomper Concerned was jogging along Yishun Avenue 1, near The Estuary condominium, on Nov 24 when he came across the large animal.

Videos submitted by Concerned show the reptile prowling about on a central road divider, seemingly waiting for the busy traffic to clear.

It is later seen crossing the road at a slow pace when traffic came to a standstill, before slightly increasing its speed for oncoming vehicles.

The monitor lizard then reached the pavement and went up a grass slope.

According to Stomper Concerned, the unusual pedestrian eventually went under the MRT tracks and disappeared.

Related Stories
Why did the monitor lizard cross the road? Because it's Yishun
Monitor lizard chills at Coney Island "like a master of its habitat"
Stomper encounters monitor lizard at Upper Serangoon View: "It's the biggest I've seen"
More About:
animals
monitor lizard
Yishun