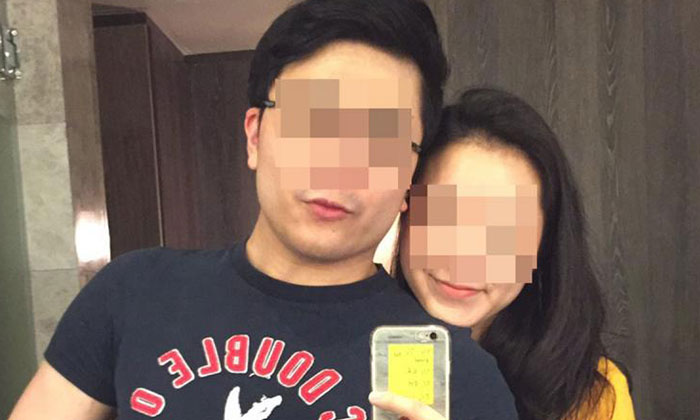 A 24-year-old Taiwanese woman alleged that a Singaporean man posed as a medical graduate on dating app, Tinder, to prey on gullible women. She reportedly even lost her virginity to him.

She later received a Facebook private message from a Korean air stewardess who claimed to be the man’s girlfriend and realised that man was a love cheat.

Ms Lin, who previously worked in the Philippines, told Lianhe Wanbao that she had gotten to know the 24-year-old man via Tinder in March this year. The man eagerly courted her and after a few months, the two became a couple.

“He told me that he initially pursued a medical degree in Nanyang Technological University (NTU), but decided that he did not want to be a doctor after graduating.

Ms Lin also revealed that the man was also a professional poker player, and had participated in a competition held in Manila, Philippines in March.

During this period, the two allegedly went on many dates.

Ms Lin added that the man treated her very well at first, and bought her many cosmetic products. She claimed that he even flew to Manila in April just to meet her.

“We discussed our life goals, and I felt that his feelings towards me were genuine, so I agreed to have sex with him.

“He even convinced me not to use protective measures.”

Their relationship continued until the end of June this year, when the woman suddenly received a private message on Facebook from a Korean lady claiming to be the man’s girlfriend.

The Korean lady also told Ms Lin that she had dated the guy for more than a year.  According to Ms Lin’s understanding, the Korean lady is an air stewardess, and had flown to Singapore on June 22 this year to look for the man.

The Korean lady also told Ms Lin that she and the man were cohabiting and both their parents already knew of their relationship.

“The Korean lady only got to know about me when she came across the messages on the man’s phone. We chatted for two hours and I discovered that the man was just full of lies.

“I then sought out the female friends on his Instagram account. More than one of them told me that their relationship with the man wasn’t just purely friendship.”

Ms Lin said that based on her understanding, the Korean lady has already broken up with the man and returned to Korea.

She also advised other women to be levelheaded and rational, so as not to be swayed.