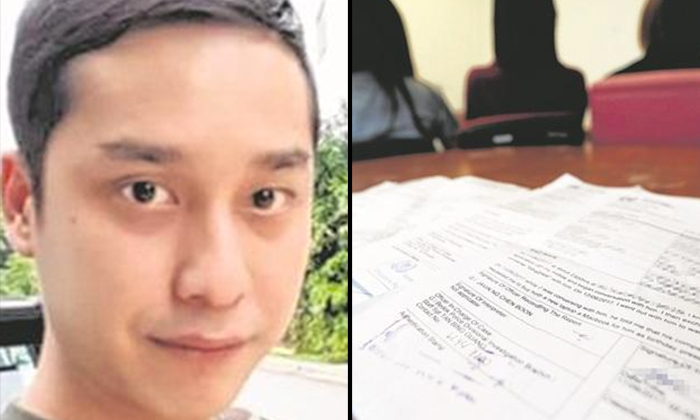 A 30-year-old ‘Casanova’ has been called out for his nefarious modus operandi: First he would woo girls just to bed them, then he would borrow money from them before disappearing altogether.

So far there have been more than 10 suspected victims, reports Lianhe Wanbao via Lianhe Zaobao.

The man, Kelvin, would seek a new target not long after disappearing on the previous one each time.

Two victims said that they got to know each other via a mutual friend, and discovered that Kelvin had used the same trick on them.

Enraged, the two decided to share their experiences online, only to find that many other girls had fallen prey to the playboy.

According to information provided, Kelvin would target women in their twenties and thirties.

The targets were often selected based on their good looks and make-up skills.

Three victims who did not wish to disclose their identities told reporters that they had met Kelvin through various platforms.

Each time, Kelvin would ‘aggressively’ woo his target on the first day, before requesting for her to meet him at a KTV bar the following day.

The meeting time would be set late at night and Kelvin would immediately ask the girl if she would be his girlfriend.

“Kelvin said he would do anything to get me to be his girlfriend, and was confident that I would say ‘yes’ within three days.

“He even bragged that the longest he ever spent wooing a girl was three days.”

Many of the girls said they gave in as they found Kelvin good looking, sweet, attentive and gentlemanly.

A second victim in her twenties told reporters that Kelvin had hit on her on their first meeting, and requested they left the bar to get some ‘private space’ the second time they met.

“I thought he wanted to bring me to a park for a romantic stroll, but he took me to a hotel instead!”

The victim was initially hesitant, but Kelvin told her that they were already a couple, and it was natural for couples to have intercourse.

She then gave in.

The third time they met, Kelvin chose somewhere ‘free and thrilling’ as the meeting venue, and brought her to a restaurant that had closed for the night.

There the two had intercourse again, and the victim asked Kelvin how he was familiar with the place.

Kelvin admitted that he had brought two girls to the same place before.

The three girls revealed that on each occasion, Kelvin would message them a few days after their second meeting, telling them that he was in a tight spot and needed money.

Although the victims had reservations, he would pretend to be injured to gain sympathy.

The victims also said that after getting the money, Kelvin would disappear and they would not be able to contact him at all.

All have since lodged police reports.

Related Stories
Woman cheated of $23,800 by Facebook BF who claimed to have $56 million inheritance
Love conman cheats single S'porean mother with 3 children out of $140K
Man who acted to be in love with cleaner and cheated her out of $57,000 gets 20 months' jail
More About:
cheat
love scam
conman