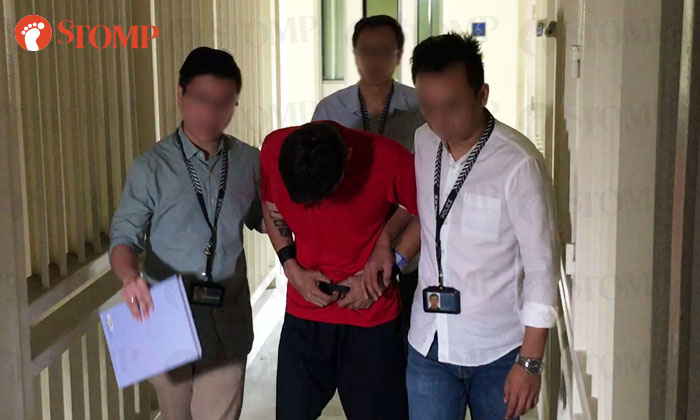 A suspected loanshark runner was brought back to Block 443 Sin Ming Avenue at around 10.30am today, where he had allegedly harassed a resident.

Stomp understands that 21-year-old Muhammad Danish B Abdul Malik reportedly set fire to a piece of paper and threw it onto the door of a unit on the third floor.

He allegedly also padlocked the metal gate and pasted an A4 paper containing threatening messages outside the home.

When Stomp visited the purported crime scene, small pieces of paper can still be seen on the wall and parts of the gate look to be charred.

The previous owner of the flat who is believed to have had interactions with loansharks, has moved out of the unit, according to a notice on the door.

The new owner made a police report over what happened on Aug 29.

Following investigations with the help of police cameras, the suspect was arrested on Aug 31.

He was then charged in court on Sep 2.