Suspect who allegedly threw chair, mahjong table down block and pretended to help police brought back to scene 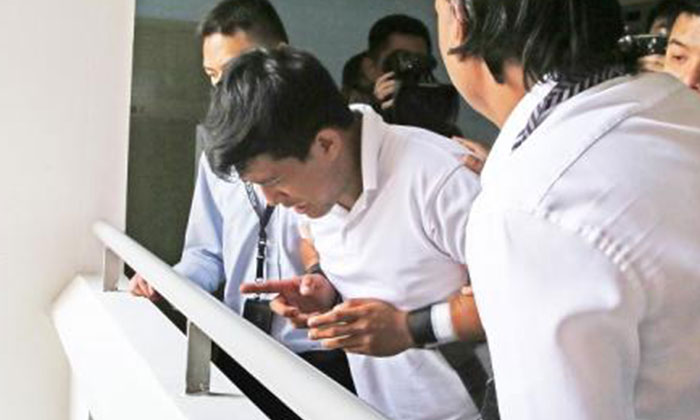 A suspect for a series of high-rise littering cases, 20-year-old Danial Ali Liaqat Ali, was brought back to the scene of the crime yesterday morning (Dec 14) at around 9.30am.

This comes after Danial was arrested on Tuesday afternoon (Dec 12) for allegedly hurling items off Block 52, Cassia Crescent.

The items tossed included a can of sardines, locks, marbles, a chair, and a mahjong table among other things, reports Shin Min Daily News.

He was charged in court with one count of committing a rash act on Wednesday (Dec 13) for tossing a can of sardines from the living room of his unit on the 16th floor.

The court also noted that he may be involved in several other similar cases.

As Daniel was escorted back to the scene by officers yesterday, he kept his head low and cried the whole time.

Reporters also observed that Daniel staggered in his footing, and started crying as soon as he stepped out of the patrol vehicle.

He was first brought back to his home, where he is alleged to have tossed a can of sardines from.

After stopping in the unit for around 10 minutes, he was then brought around the corridors on the same level and subsequently the 13th floor, where officers questioned him.

It is believed that he had tossed items from both the corridors.

During the process, Daniel also pointed at a playground at the foot of the block, where it is believed that the mahjong table had landed.