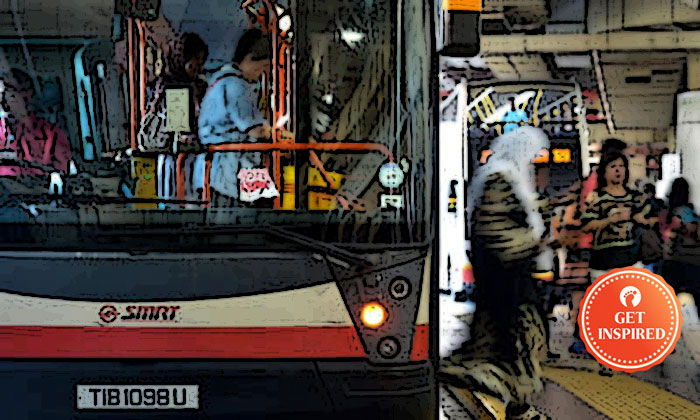 The stellar service demonstrated by a bus captain helped one commuter make it in time for his family's reunion dinner on the eve of Chinese New Year (Feb 4).

Stomper Lawrence wants to publicly thank the bus captain of bus service 950 with licence plate number SMB263T for helping him get to Johor Bahru in time for dinner.

His mother-in-law had planned to have the yearly affair at a restaurant across the causeway this year and he and his wife were rushing to board the bus at about 5.50pm.

"The queue for SMRT bus service 950 at the Singapore immigration side was very long," he said.

"Unfortunately for us, the bus doors closed when it was our turn to board.

"But the bus did not move.

"The bus captain, a bespectacled middle-aged man was urging commuters to move inwards and beckoned us to board.

"When we thanked him, he said he was just trying to help as many as possible so that we could make it for reunion dinner.

"I have seen nice captains and grumpy captains but this man showed an exceptional empathy for people, despite having to work and missing out on celebrating the special day with his loved ones."

Lawrence added that he hopes that there are more people who show kindness to others.