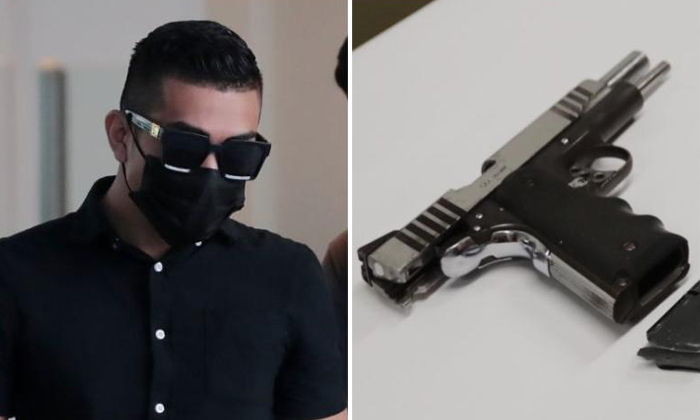 A 27-year-old man has been found guilty of consorting with a fellow gang member who smuggled a pistol into Singapore from Malaysia to scare a rival gang.

Amirul Asyraff Muhammad Junus pleaded guilty on Monday (Oct 11) to one charge of consorting with Muhammad Ikram Abdul Aziz, 26, who was in unlawful possession of a Shooters Sea Hawk pistol and eight bullets. He also admitted to a second charge of possessing a baton in a public place.

Ikram had been sentenced to seven years and 10 months' jail with six strokes of the cane in March this year, in what was the first case involving the illegal possession of a firearm since 2009.

Prosecutors are seeking the mandatory minimum of five years' jail and six strokes of the cane for Amirul's consorting offence.

The court heard that the two Singaporeans were close friends and had played football for the under-18 team of Tanjong Pagar United in 2012. They later joined the same gang.

In January 2019, Amirul learnt that a man known as Faris had beaten up his former wife outside Club Baliza in Marina Square.

She later told Amirul that Faris belonged to another gang.

Deputy Public Prosecutor Norine Tan told the court earlier: "Amirul told Ikram about this incident to convey his unhappiness and asked Ikram for advice to solve the problem. Amirul wanted to take revenge on (her) behalf... at that point in time.

"Ikram told Amirul not to act rashly and that he would help him but did not want to get into a fight, because Ikram had a young daughter."

In February 2019, Ikram bought a gun from a dealer in Malaysia for about $1,400 and smuggled it into Singapore.

He showed the weapon to Amirul later that month when his friend went to his flat for dinner.

When Ikram asked Amirul if he wanted to take along the pistol for a settlement talk with the rival gang, the latter rejected his suggestion. 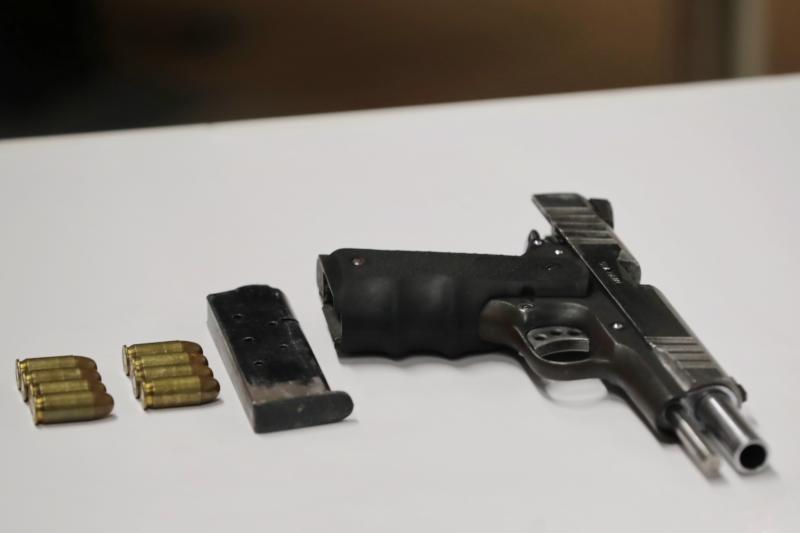 The pistol and bullets were seized from Muhammad Ikram Abdul Aziz's Jurong West flat in October 2019.

In September 2019, Amirul was found with a baton at Woodlands Checkpoint when he was entering Singapore from Malaysia.

He said he had found the weapon in his flat and had taken it with him to Malaysia to protect his girlfriend and himself during their trip.

The offences came to light on Oct 8, 2019, when two officers detained Ikram for suspected drug consumption and the pistol and bullets were seized from his Jurong West flat.

For the consorting charge, Amirul could be sentenced to a jail term of at least five years but not more than 10 years, and given at least six strokes of the cane.

For possessing a baton in a public space, he could be fined up to $5,000 and jailed for up to a month.