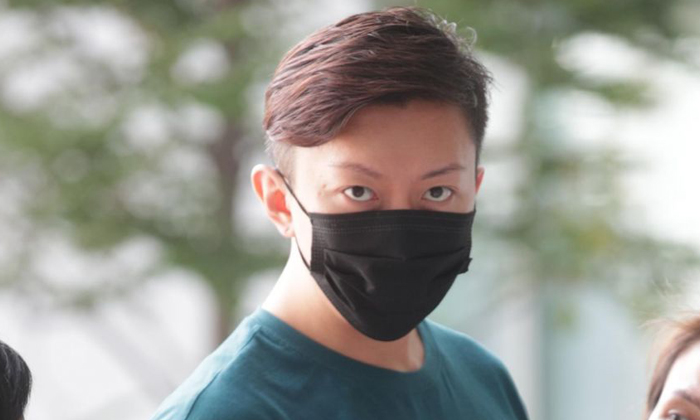 Intending to protect himself from his "enemies", a 30-year-old man bought a stun device that was shaped like an Apple iPhone.

But Alexander Aw Boon Hao later brandished it when he quarrelled with his girlfriend.

He was sentenced to four months' jail on Friday (July 9).

Aw was also ordered to pay a fine of $3,000, in default of which he will have to serve an additional two weeks' jail.

The Singaporean, who was not represented by any lawyer, had earlier pleaded guilty to a charge of illegally possessing the stun device.

Another charge of voluntarily causing hurt to his girlfriend was taken into consideration during sentencing. He had grabbed her by the hair.

Court documents did not state if Aw and his girlfriend are still together.

He had claimed to have bought it for $20, the court earlier heard.

He felt pain and suffered bruises after testing the item on himself.

Aw would carry the device with him when he went out, even though he knew that it was unlawful.

He got into an argument and then a scuffle with his girlfriend in a taxi on Nov 26.

Aw took out the stun device and told her to keep quiet.

But she called the police when they reached their residence - a flat in Ang Mo Kio.

The girlfriend later told police officers responding to her call about the stun device. She had been puzzled seeing Aw carry two phones around.

She also mentioned that she had spoken about this at the coffee shop where she worked, and a customer had told her the item might be a stun device.

The device was discovered in Aw's sling bag by the officers.

He initially told police officers that it was a signal jammer but could not explain why he would need the item.

Aw later admitted that it was a stun device after they tested it on the spot and saw that it produced a crackling sound with a spark.

On Friday, he told Senior District Judge Ong Hian Sun that he would not be paying the fine, and would serve the default two weeks' jail instead.

For the offence of unlawfully possessing the stun device, Aw could have been jailed for up to three years and fined up to $5,000.