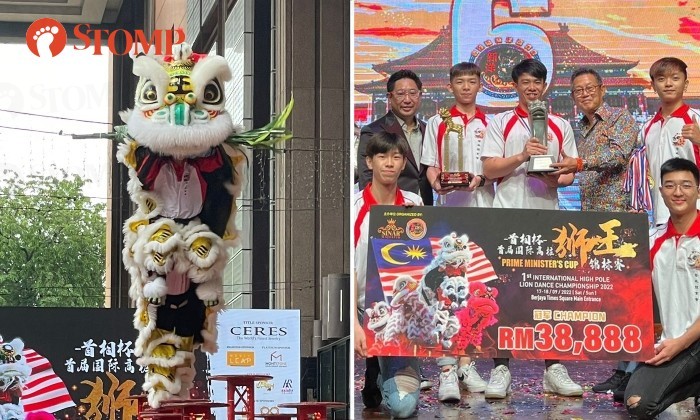 They are the champions.

"They put on a skilful and flawless performance with 16 difficult steps attempted and no penalty was recorded," said Stomper Judy.

"We never expect to win, but that was our aim," team coach Joson Li told Stomp.

"The week before we went to KL, we had just become champions for the third consecutive year in the Singapore National Lion Dance Competition." 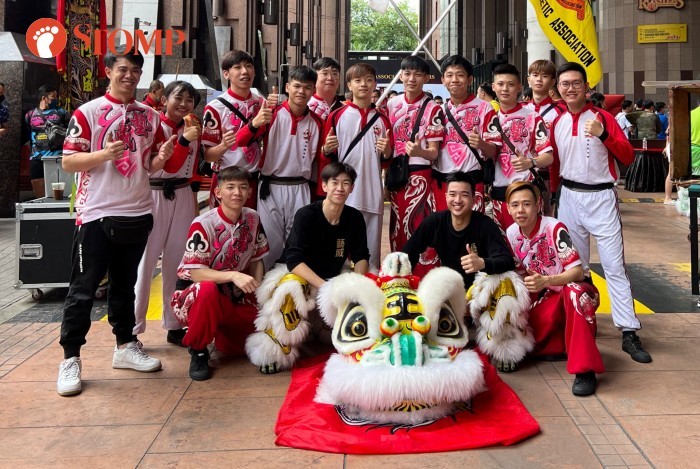 (Members of the Yiwei Athletic Association in Kuala Lumpur with coach Joson Li on the extreme left.)

He said the Prime Minister’s Cup was the troupe’s first overseas competition in two years due to the pandemic.

The winning Singapore team was led by Joson and team manager Ernest Peh. The lion head was held by Jerry Tock partnered by Brandon Chua.

They are all part-timers, said Joson, who is a civil servant. "Lion dance is a passion for everyone."

The 35-year-old told Stomp the prize money would go into the troupe fund to help cover the expenses for travel and preparation for future overseas competitions.

Below are videos of their winning performance.

Posted by Liondoncefreak on Saturday, September 17, 2022