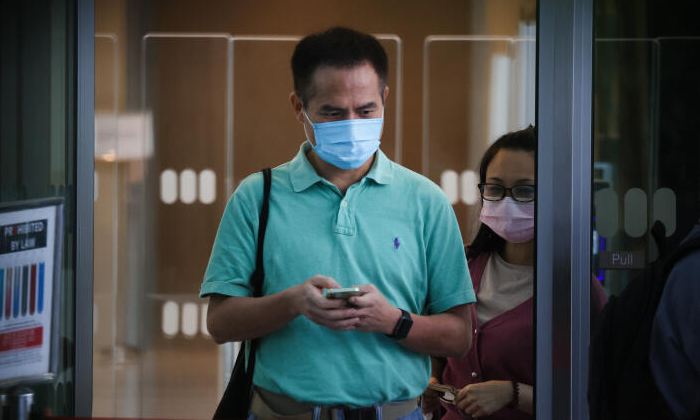 A Singapore permanent resident, who arrived at Changi Airport from Taiwan amid the Covid-19 outbreak on July 14 last year, lied on his declaration form for travellers so that he could serve his stay-home notice (SHN) at home.

Taiwanese Lu Yi Yin, 49, was on Tuesday (June 14) sentenced to three weeks' jail after he pleaded guilty to an offence under the Infectious Diseases Act.

Lu claimed on the declaration form that he had met the conditions to opt out of serving his SHN at a dedicated facility.

He declared that he would be serving his SHN either alone at home or with household members with the same travel history who were also serving their SHN during the same period.

But when officers from the Immigration and Checkpoints Authority (ICA) house visit team went to his Choa Chu Kang home the next day, they found his wife and daughter in the same unit.

The pair did not share the same travel history as him and they were also not serving their SHN during the same period.

The officers told Lu that he had to immediately go to a dedicated facility to serve his SHN. A swab test done on him returned a negative result for Covid-19.

The court heard that at the time of the offence, Singapore citizens and permanent residents who had visited only Taiwan in the 21 consecutive days before their departure to Singapore could opt out of serving their 14-day SHN at a dedicated facility.

Instead, they could serve it at home if they met the conditions which Lu had unlawfully claimed to have fulfilled.

While he was still in Taiwan, Lu had made an application online using his Singpass and opted out of serving his SHN at a dedicated facility upon his arrival in Singapore.

On July 14 last year, he arrived at Changi Airport and an ICA officer attended to him.

Deputy Public Prosecutor Foong Ke Hui said Lu informed the officer that he had successfully opted out of serving his SHN at a dedicated facility.

The officer then handed Lu a declaration form for travellers who have opted out, and the Taiwanese signed it.

Lu then went home but was caught the next day.

On Tuesday, the prosecutor urged the court to sentence him to at least three weeks' jail, adding: "The accused had multiple opportunities to correct his mistake, but he chose not to do so.

"The accused... had no choice but to admit that he made a false declaration after ICA officers witnessed the accused's wife and daughter in his place of residence."

Lu is out on bail of $5,000 and he will start serving his sentence on Friday.

For committing the offence under the Act, a first-time offender can be jailed for up to six months and fined up to $10,000.