Man went for family staycation at Orchard Hotel while on SHN 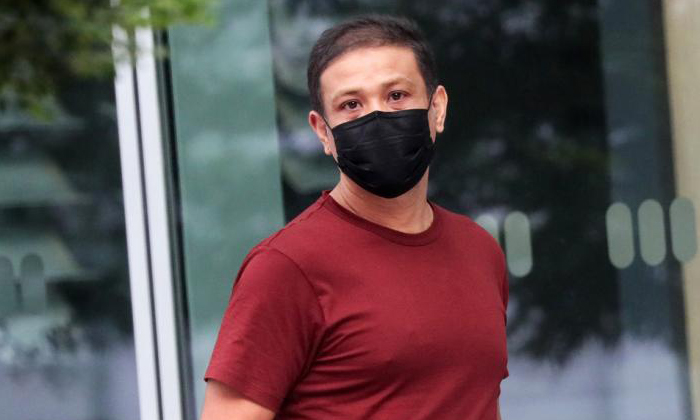 Hours after being diagnosed with acute respiratory illness and being put on a stay-home notice (SHN), Mohammad Faidzal Nazeri went on a staycation to Orchard Hotel with his wife and daughters.

The 44-year-old father of two spent a total of five days and four nights out of his place of residence while on SHN. The prosecution on Monday (Feb 28) called it the longest breach in terms of the amount of time spent outside of a person's home during an SHN here.

On Monday, Mohammad Faidzal was sentenced to 13 weeks' imprisonment for flouting Covid-19 rules.

The court heard that around 10am on Jan 29 last year, Mohammad Faidzal went to Jurong Polyclinic and told a doctor that he had been coughing over the past two days.

The doctor diagnosed him with an upper respiratory tract infection and asked him to take a swab test, but he refused, saying he had to rush home to take care of his children as his wife had to go to work.

He agreed to come back the next day for a swab test but did not do so.

The doctor issued him with a five-day medical certificate from Jan 29 to Feb 2 last year, and explained to him that he was legally required to stay at home during this period.

But hours later, Mohammad Faidzal checked into Orchard Hotel for a family staycation from Jan 29 to Feb 2 which he had booked a few days before.

The court heard that he initially lied to investigation officers about leaving home only to walk to Far East Plaza over the four days.

Mohammad Faidzal then confessed that he had used his motorcycle to shuttle between his home and Orchard Hotel for about 10 times during his stay.

His wife posted pictures of him swimming in the hotel's pool on social media.

He was caught when one of his daughter's teachers saw a photo of him swimming and wrote to MOH. His two daughters had been given five days' absence from school because of their father's acute respiratory illness.

DPP Kaur urged the court to impose a jail term of 14 to 16 weeks, arguing that Mohammad Faidzal was unwell when he not only went on the staycation where he knew he would come into contact with other guests and hotel staff, but also went swimming without a mask.

Mohammad Faidzal, who was unrepresented, told the court that he did not have Covid-19 during or after the incident. He said he is the sole breadwinner of the family and his wife suffers from major depressive disorder.

For each charge of breaching Covid-19 rules, he could have been fined $10,000, jailed for up to six months, or both.

Related Stories
Chef went out multiple times while on MC -- and later tested positive for Covid-19
Man left home despite being on MC amid Covid-19 pandemic -- to get tattoo
Woman on MC took son to pre-school, met friends for movie amid pandemic
More About:
Covid-19
court