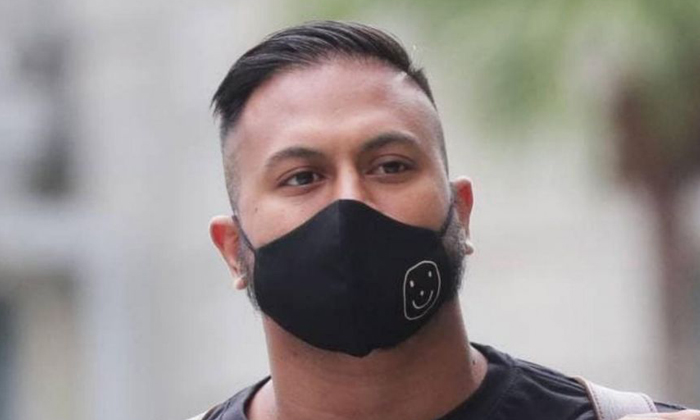 Local musician Subhas Nair was on Monday (Nov 1) charged with four counts of attempting to promote feelings of ill will between different religious and ethnic groups.

In an earlier statement, the police said Nair, 29, was said to have breached a 24-month conditional warning for allegedly producing and publishing a racially charged rap video online.

The clip is said to have attempted to promote feelings of ill will between Chinese people and other races.

One of the terms of the warning - given on Aug 14, 2019 - stated that if he reoffended, Nair could be prosecuted for the offence for which he was warned, in addition to prosecution for any alleged fresh offence.

Despite the warning, Nair allegedly posted comments on social media platform, Instagram, on July 25 last year, in response to a video of Chinese Christians who had made hateful comments against another community.

He allegedly commented that Malay Muslims who make the same hateful comments would be treated differently by the authorities compared with the Chinese Christians.

As a result, Nair - whose full name is Subhas Govin Prabhakar Nair - was also charged on Monday over his alleged 2019 offence linked to the rap video.

He is also accused of trying to promote feelings of ill will between Chinese and Indians by claiming in a post on Instagram on Oct 15 last year, that one of the Chinese persons involved in the 2019 Orchard Towers murder of an Indian man purportedly received lenient treatment from the authorities because of his race.

While under police investigation later, Nair allegedly tried to promote feelings of ill will between Chinese and Indians during an indoor stage performance on March 11, by exhibiting a cartoon drawing of his Oct 15 post.

According to court documents, the play titled Tabula Rasa - Album Exploration was presented at The Substation arts centre in Armenian Street.

For each charge, an offender convicted of attempting to promote feelings of ill will between different groups on grounds of religion or race can be jailed for up to three years and fined.