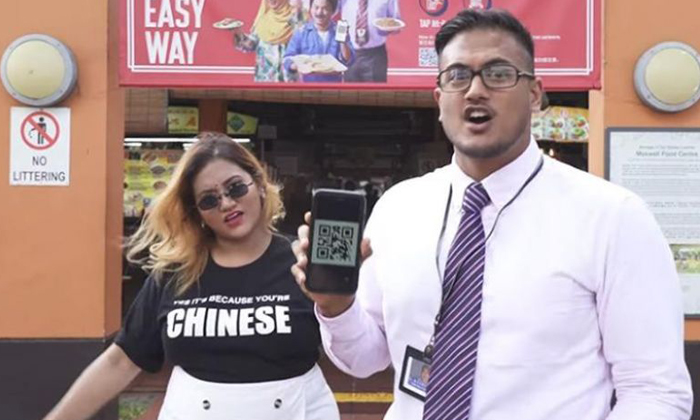 News provider CNA has removed local rapper Subhas Nair from its upcoming music documentary, over his appearance in a controversial rap video on racism.

CNA said on Wednesday (July 31) it has also taken down articles relating to his involvement in the programme called Roar, which was to feature four Singapore musicians, including Mr Nair.

The move comes a day after police said they were investigating the online video, featuring Mr Nair and his sister, YouTuber Preeti Nair, also known as Preetipls.

Meanwhile, the police confirmed that a report had been made against a "brownface" advertisement that led the Nair siblings to produce their rap video. Facebook user Nabil Khairul Anwar posted a picture of the police report he had filed on his page.

The video has also been criticised by Law and Home Affairs Minister K. Shanmugam as having crossed the line.

"CNA strongly objects to all such offensive content which threatens racial harmony and will not associate with individuals who intentionally create such content," it said.

Roar will air on CNA this weekend featuring the other three local artists - Benjamin Kheng, Aisyah Aziz and Wang Weiliang - who were asked to write a song about the reality of life in Singapore.

The rap video, which was uploaded to social media on Monday, was taken down a day later by the siblings.

But the clip has been re-uploaded on social media, according to checks by The Straits Times.

Asked about this, the Infocomm Media Development Authority (IMDA) said on Wednesday that it is aware of the matter and has issued notices to the individuals and Internet platforms for their cooperation to remove the video.

A copy of the rap video on YouTube, which was accessible on Wednesday morning, could not be viewed later in the day.

A message, "This content is not available on this country domain due to a legal complaint from the government", was put up instead.

In a joint statement, the Singapore Police Force and IMDA also advised the public to refrain from circulating and sharing the rap video.

The video by Preetipls and Mr Nair was created in response to a recent "brownface" advertisement by e-payments website epaysg.com.

The ad featured Mediacorp actor and DJ Dennis Chew portraying characters such as a woman in a tudung and a man with visibly darker skin.

Broadcaster Mediacorp, through its celebrity management wing, later apologised for the ad, and the epaysg.com website has also removed it.

Besides Mr Shanmugam, other politicians, such as Minister for Culture, Community and Youth Grace Fu and Senior Minister of State for Communications and Information Janil Puthucheary, also weighed in on the incident on Tuesday, criticising both the ad and video, while stressing the importance of racial harmony.

Workers' Party chief Pritam Singh said the issue raises questions, including that of how people could openly highlight matters that some may deem racially insensitive for public discussion, without fearing recrimination.

He asked what would be done the next time a "brownface" ad appears, since criticism and awareness of the ad seemed to be more pronounced after action was taken against the video-makers.

"Addressing racism requires constant attention and an acknowledgement that strengthening the Singapore core is a collective responsibility, with every race an important part of the conversation," Mr Singh said.