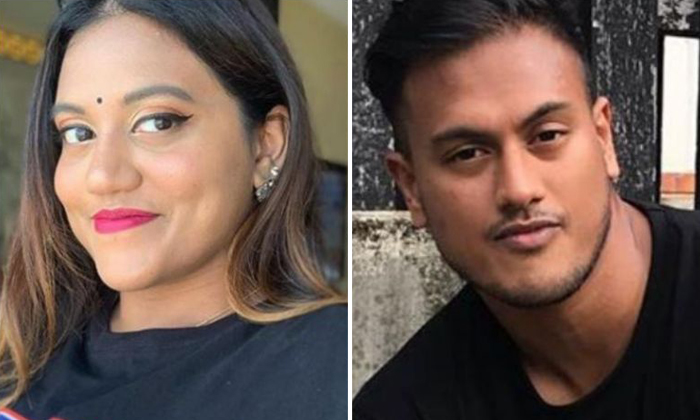 Local YouTuber Preeti Nair and her brother Subhas Nair have been given a conditional warning for producing and publishing a rap video that contained offensive content.

The police said they had commenced investigations into the rap video after receiving a report that it was circulating on social media platforms on July 29.

"Ms Nair and Mr Nair admitted to the police that they had produced and published the video," said the authorities in a statement on Wednesday (Aug 14), after having completed investigations.

"The video was in clear contravention of the Penal Code. If this video were to be allowed, then similar expletive-laden, insulting, offensive videos, targeted at all communities will have to be allowed.

"There is clear evidence around the world, including in the past week, that such paths inevitably lead to more racism, more racial tensions, and eventually, violence. It will be the minority communities, specifically the Malay and Indian communities, who could suffer more in such a situation.

"Singapore has taken a clear approach, to say no to offensive speech, targeted at race and religion."

The statement added: "After consideration of the circumstances of the case and in consultation with the Attorney-General’s Chambers, Ms Nair and Mr Nair were administered with a 24-month conditional warning on 14 August 2019 under Section 298A(a) of the Penal Code, Chapter 224.

"The police also received reports on an E-Pay advertisement, which featured a portrayal of different races by an actor and which had been referenced in the rap video.