38 people investigated for illegal gambling, vice activities and other offences after Geylang raids 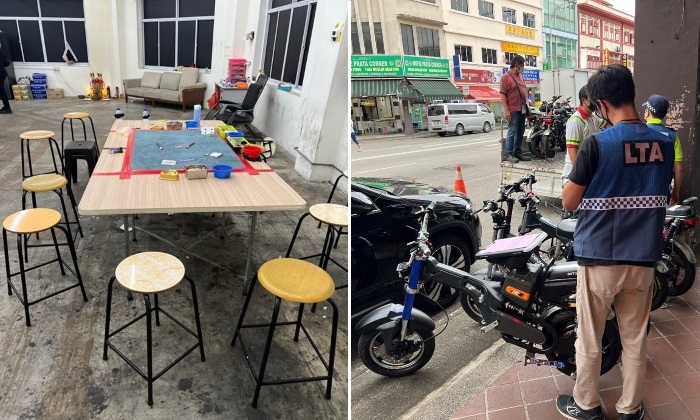 A total of 38 people are being investigated following a week-long multi-agency enforcement operation in the Geylang area, conducted from June  27 to July 2.

In a joint enforcement operation against illegal gambling involving ICA and MOM, police raided a commercial unit located along Geylang Road. Eight men and seven women, aged between 22 and 80, were arrested for their suspected involvement in gambling offences under the Common Gaming Houses Act 1961. More than $12,000 in cash and gambling paraphernalia were seized.

An individual who, in Singapore, has the care or management of or in any manner assists in the management of a place kept or used as a common gaming house, shall be guilty of an offence and shall be liable on conviction to a fine of not less than $5,000 and not more than $50,000 and shall also be punished with imprisonment for a term not exceeding three years.

In a series of joint operations along the Geylang lorongs involving HSA, ICA and CNB, unregistered health products consisting of cough syrup and various sexual enhancement products with an estimated value of around $9,000 were seized. Three men are being investigated under the Health Products Act 2007. Those found guilty of importing, manufacturing and/or supplying unregistered health products, may be liable to an imprisonment term for up to two years and/or fined up to $50,000. 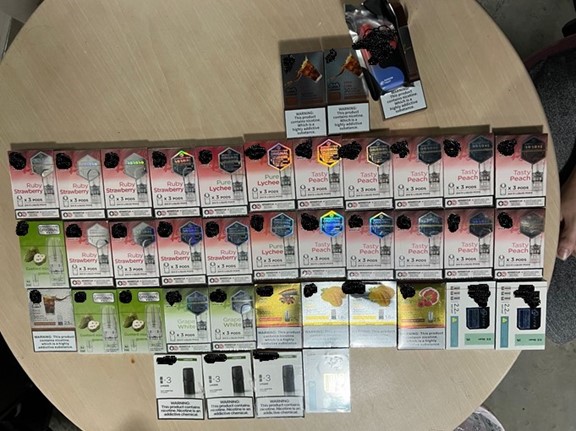 As part of the enforcement operations against vice-related activities, two massage establishments along Sims Ave and Geylang Road, will be investigated for purportedly operating without a valid license under the Massage Establishments Act 2017. Four women, aged between 36 and 52, were arrested for offences under the Women’s Charter 1961.

LTA also mounted an enforcement operation against an active mobility device retailer located along Geylang Road. three personal mobility devices (PMDs) and 14 power-assisted bicycles (PABs), which were believed to be illegally modified, have been impounded. One man is also under investigation for various offences under the Road Traffic Act 1961 and Active Mobility Act 2017, such as purportedly displaying and offering non-compliant PABs and PMDs for sale.

Officers from the Singapore Customs conducted enforcement against duty-unpaid cigarettes. One Singaporean man, 78, was arrested while six male foreigners, aged between 27 and 53, were issued with composition sum or advisory . Fourteen cartons, eight packets and 46 sticks of duty-unpaid cigarettes were seized as part of the operation.

Investigations against the 38 individuals and two massage establishments are ongoing.