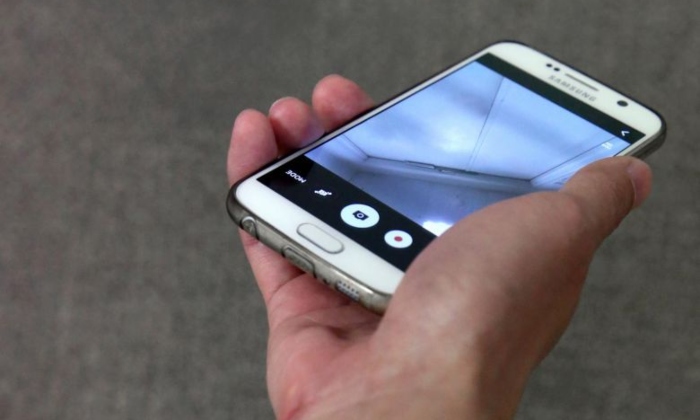 A Singapore Polytechnic student (SP) was sentenced on Monday (Dec 14) to 21 months' probation after taking upskirt videos of more than 30 women while working part-time at a store at the National University of Singapore.

As part of his probation, the offender, now 18, must remain indoors between 10pm and 6am every day and perform 60 hours of community service.

He is also banned from using any mobile phones or any other electronic devices with a camera function. His mother and maternal grandmother were bonded for $5,000 to ensure his good behaviour.

The teenager cannot be named as he was 17 years old when he committed the offences. The Children and Young Persons Act now covers those below 18 years old.

He pleaded guilty in a district court on Oct 29 to two counts of insulting a woman's modesty. Two other charges for similar offences were considered during sentencing.

Deputy Public Prosecutor Darren Sim had earlier said that one of the victims entered the store on Aug 31 last year.

She was bending down to check some goods when the teenager crept behind her and used his mobile phone to record an upskirt video of her.

The woman was at a counter to make her payment when the teenager told her that he needed to conduct a price check. He then squatted behind her and recorded a second upskirt video.

The DPP told the court: "As the accused was taking the second video, his mobile phone came into contact with the victim's lower right leg.

"The victim immediately turned back and saw the accused behind her... The accused then stood up and the victim asked him if he had taken an upskirt photo of her."

The court heard that the woman asked to see the photo gallery on the device after the teenager denied committing the offence.

"The accused agreed as the videos he had taken were hidden in a secure folder that was password protected," said DPP Sim.

The woman looked through the mobile phone but could not find any incriminating images. Despite this, she lodged a police report on Sept 2 last year.

Officers who conducted an investigation viewed closed-circuit television footage from the store, which shows the teenager committing the offences. They arrested him and seized his mobile phone.

A forensic examination of the device revealed photo collages of 31 separate female victims. In total, the teenager took 40 videos of these women at the store between late May and Sept 1 last year.

In an earlier statement, SP said that it "takes a strong stand" against sexual misconduct and expects all members of its community to "conduct themselves in accordance with the law at all times".

Its spokesman added: "We will not hesitate to mete out disciplinary action against any member of our community who breaches our code of conduct."