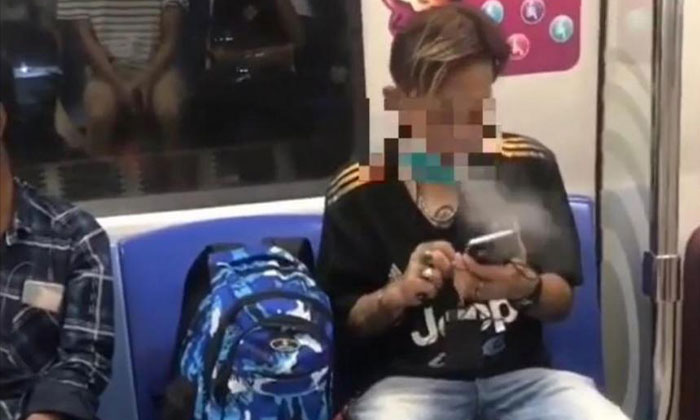 SMRT has filed a police report following reports that an unmasked man was seen smoking an e-cigarette, commonly known as vaping, on one of its trains last week.

Responding to queries from The Straits Times on Tuesday (April 12), SMRT's chief communications officer Margaret Teo said: "We have been alerted to an undated video on social media showing an unmasked man smoking an e-cigarette in a train. We have lodged a police report."

She added that SMRT takes a serious view of such behaviour, which affects the safety of others, and that commuters are strongly encouraged to keep their masks on at all times to observe safe commuting guidelines.

They should also report such incidents to its staff immediately upon encountering them, she added.

A video circulating on Instagram showed the man sitting at the handicap seat in an MRT train cabin. His mask can be seen pulled down to his chin as he puffs on an e-cigarette and uses his phone.

Smoking on public transport is illegal in Singapore, and offenders can face a fine of $200 if they are caught, or up to $1,000 if they are convicted in court.

E-cigarettes are illegal in Singapore and those found guilty of purchasing, using or possessing one can be fined up to $2,000.