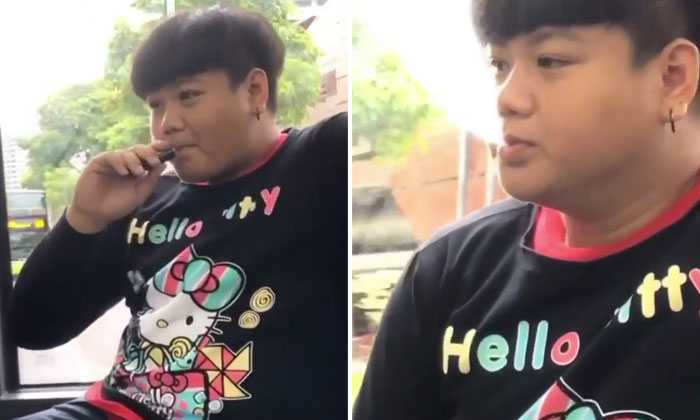 A youth was caught on video smoking an e-cigarette on board a public bus.

Several Stompers alerted Stomp to the video that has been circulating online. It is unclear where or when this happened.

However, some netizens noticed a building that looks like Yishun Park Hawker Centre in the background.

In the video, the young man wearing a Hello Kitty sweater is seen blowing out smoke seated on the bus.

He shows the 'peace' sign to the person recording the video.

"This kid should be arrested for vaping on a public bus," another Stomper said.

According to the Tobacco (Control of Advertisements and Sale) Act, first-time offenders caught importing, selling, buying or using and possessing tobacco products like e-cigarettes may face up to six months' jail and/or a fine of up to $10,000.

This is not the first time youths have recorded themselves vaping in public.

Last August, a trio was slammed for smoking both e-cigarettes and cigarettes on a public bus.