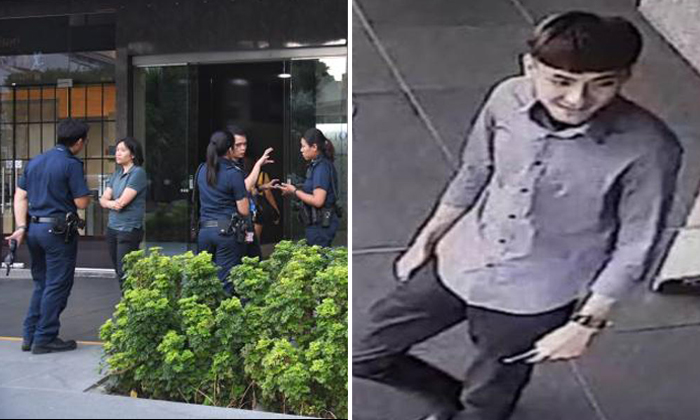 A 21-year-old youth whom police were on the hunt for after he had allegedly slashed a man's face with a knife has been arrested.

The police, who were alerted to the case of voluntarily causing grievous hurt by dangerous weapon at around 4.15pm on Oct 3, said the youth had slashed a 31-year-old man on his face at 1 Tras Link.

The victim was conscious when conveyed to Singapore General Hospital.

On Oct 4, the police released a photo of the assailant, who had fled the scene, to appeal for information on his whereabouts.

In the photo, the youth can be seen smiling and holding a knife believed to have been used in the attack, reported Lianhe Zaobao.

He was arrested along Orchard Road on Tuesday (Oct 8), following ground enquiries and with the aid of images from CCTV footages, said the police.

According to Zaobao, the youth had visited a moneylending firm at 1 Tras Link on the day of the incident. It is believed that he had been trying to borrow money but got rejected.

He then reportedly slashed an employee's face and fled in the direction of the MRT station, leaving a 20-metre blood trail behind.

The suspect will be charged in court on Wednesday (Oct 9).

If convicted for voluntarily causing grievous hurt by dangerous weapon, he may face a jail term of up to 15 years, and shall be liable to a fine or to caning.