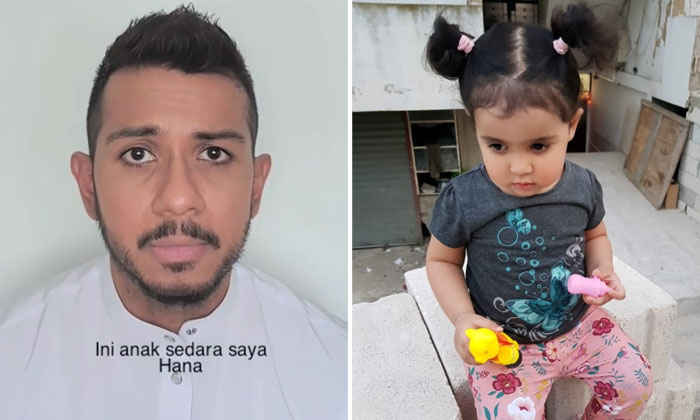 Home-grown singer-actor Taufik Batisah is appealing for donations and assistance in bringing home his two-year-old niece and his cousin who are "trapped" in Lebanon and unable to return to Singapore.

On Monday evening (June 3), the former Singapore Idol winner posted a video on his Facebook page appealing for help.

He said that his cousin, Nur, had travelled to Lebanon in September 2017 with her daughter, Hana, and son, Imam, to meet her children's grandparents at their father's request.

We truly hope that you can help us share this video & create awareness on this matter.

Their father, who is Lebanese, is believed to be in Australia.

While they were in Lebanon, Hana, who was still nursing at the time, was "forcefully" taken away by her father's family.

"Fearing for her own and her son's safety, Nur had no choice but to leave Lebanon with Imam, without his sister," Batisah said.

It was not until almost a year later that Nur was reunited with Hana through a court ruling.

Unfortunately, for two years, she has not been allowed to return home to Singapore.

Both Nur and Hana are Singapore citizens, Batisah said in his video.

"Her father's family in Lebanon managed to convince the Lebanese authorities to issue multiple travel bans on baby Hana, effectively detaining her in the country," he said.

"Our family have tried through various means and arduous legal processes to try to bring baby Hana and Nur back home safety.

"But every time we tried, our hopes were destroyed as fresh accusations were fabricated to prevent them from leaving the country.

"Now, the latest charge they have on my cousin Nur is the kidnapping of her own daughter."

He added that a fresh travel ban has been imposed on his cousin.

Throughout the years, the family has exhausted most of their finances and avenues in funding this prolonged battle so they started a crowdfunding page to raise awareness and funds to bring Hana home.

He added that his family are also desperately seeking any form of assistance from anywhere in the world.

He said that the Ministry of Foreign Affairs and the Honorary Consul-General for Singapore in Lebanon have been informed of the situation.