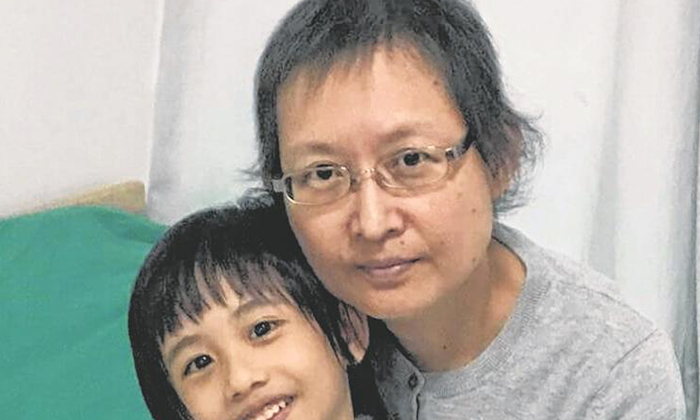 Medical and social assistance subsidy schemes were terminated for a single mother with cancer, after raising S$900,000 via crowdfunding.

The Straits Times reports that Ms Tam Chek Ming, 46, is the first publicly known patient to have been cut off from financial aid due to having raised funds on her own.

The episode started in 2015, when Ms Tam learnt that she had ovarian cancer.
Despite going for chemotherapy, her cancer progressed from stage one to four.

Ms Tam’s medical bills had been subsided by Medifund, a social safety net designed to help Singapore with financial difficulties pay for their medical treatment, especially those who are unable to afford the bills even with subsidies, insurance payouts, and Medisave.

She decided to seek help via crowdfunding platforms, Give.Asia and Generosity, on April 2016 and April 2017, reports Lianhe Wanbao via Lianhe Zaobao.

On her crowdfunding pages, she said she had to fight her cancer to stay alive for a few more years, for the sake of her five-year-old son.

In the posts on the crowdfunding pages, Mr Tam also added she had pawned off everything of value in her two-room flat, and skipped meals so she would have enough money for her son’s meals.

Ms Tam revealed that the costly immunotherapy treatment she required was not covered under the Medifund scheme or any other subsidy schemes.

However, in May 2017, a Medifund committee from National University Cancer Institute examined Ms Tam’s eligibility for Medifund during a regular review, and found her ineligible.

In stopping the subsides, a spokesman for the institute said:

“The committee assessed that Ms Tam no longer needed to rely on Medifund assistance for her medical bills based on her current financial resources, and that Medifund amount can be used to help other patients with more immediate needs.”

Ms Tam, who was previously on ComCare, a national scheme designed to help low-income individuals, for three months, starting in November 2016.

She did not renew her application for assistance in January 2017.

When Ms Tam filed a second application in May 2017, it was rejected.

A spokesman for the Ministry of Social and Family Development, which oversees the scheme, said that she was rejected 'as she was assessed to have sufficient savings'.

The National University Cancer Institute said that it is unable to reveal what treatments Ms Tam underwent which were applicable for Medifund subsidies, due to patient confidentiality.

In the latest update on both crowdfunding pages, Ms Tam wrote:

“Your noble gestures have enabled me to finally gain urgent access to critical immunotherapy treatments before it was too late.”

Related Stories
Crowdfunding campaign for Singaporean who suffered stroke in Thailand passes $100,000 target
S'pore student tries to crowdfund $21k for masters -- but netizens say there are more worthy causes
Man who died after Tokyo trip: Family to donate money that was raised to bring him home
More About:
cancer
tragic
heartbreaking
subsidies