Singapore's favourite ah lian speaks to Stomp about sudden fame: 'I want to tell my parents...' 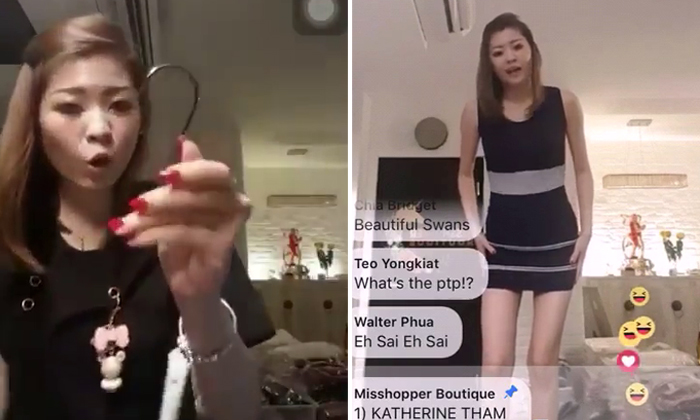 You probably come across live-stream videos of people peddling their wares on Facebook all the time, scrolling past them without much thought.

But Lerine Yeo, 30, became talk of the town after two videos of her modelling clothes for her online apparel store went viral online.

In it, Lerine passionately demonstrates the pros of a black 'hook' t-shirt.

Instead of lace from the original design, Lerine creatively shares how one can make use of the little 'holes' in the $9 top to hook various items -- be it your umbrella, wanton mee, cane, EZ-Link card or whatnot.

"You today go the market, no hand to carry, no problem!" she exclaims.

Lerine gives another brilliant display of her marketing skills in a second video that shows her modelling a dress, garnering a combined 829,000 views this time.

Rather than claiming that one size fits all like many sellers tend to do, she is honest and advises taller girls to reconsider getting it because "the chances of getting people to see your 'ka cheng' [butt] is very high, 80% high".

She adds: "You walk cannot open the big big already... If not your luncheon meat, your seaweed all come out give people see."

Naturally, Lerine's animated demeanour, coupled with her use of Singlish and Hokkien, has won her thousands of fans -- as well as some haters.

Lerine, who started Misshopper Boutique in March and now runs it full-time, opened up to Stomp in an interview on Monday (Sep 24) about her newfound fame.

Asked if it was a norm for her to do live-stream videos with such enthusiasm, she said this happens "once in a while", whenever she can make the product that she is selling stand out.

"I would say it's impromptu. I don't even know what I will be selling that day. It's only until the live-stream then I ask my buyers what they would like to see and I bring it out," she added.

For those who are wondering whether Lerine is as bubbly in real life, she said: "Hmm... half half. Siao siao must see timing. And see towards who. But overall this is my character. Maybe 人老了, 看开了 (one becomes more open-minded as one gets older)."

She also told Stomp: "To be honest, I didn't expect that me selling clothes on a live-stream would be noticed by others. I would say my videos going viral is a happy problem.

"Till today, I am still in shock and don't dare to go 'live' for now. Haha, my inbox is flooded with many people asking about the 'hook' t-shirt.

Of course, running her own business is not without its fair share of challenges.

And neither is she a stranger to critics, having received comments like these:

Lerine shared: "At first I didn't know I could hold on till this far.

"When my humble business started to pick up after three months and viewers increased, people started attacking and smearing me. During that period, I was really affected. I bled and recovered, recovered and bled again and again.

"Another part that is tough is the backlog after each and every live-stream. My team has only three people, including myself. Packing, sorting, and all the backlogs can be overwhelming." 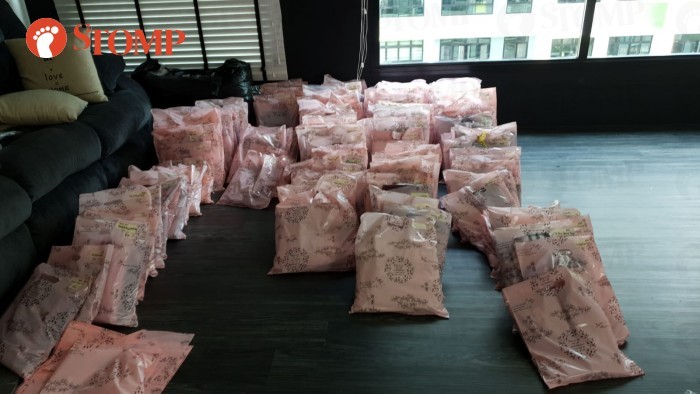 Lerine's sweat, blood and tears have paid off, however.

"Every woman loves to shop. When my customers receive their purchases and tell me how happy or satisfied they are, that moment is gold. It's not just about the money anymore," said Lerine, referring to what she loves best about her work.

In response to all the positive reception she has gotten, Lerine said: "WOW, fans. I dare not think of that but I would really like to take this chance to thank all my MISSHOPPERS first.

"To those who like me, thank you. I spent each and every night before I sleep reading all the comments. I'm thankful for the encouragement and kind words.

"To those who dislike me, it's okay. I am nothing special but I hope that even if my personality doesn't attract you, somehow my clothes will."

More importantly, the ones she would like to give the biggest shout-out to are her parents, who are not on Facebook and therefore remain unaware about her newfound celebrity status on the Internet.

"I want to take this rare chance to tell my parents that I hope this once, finally I have done something to make you proud."

Check out memes of Lerine that netizens have created in the gallery.