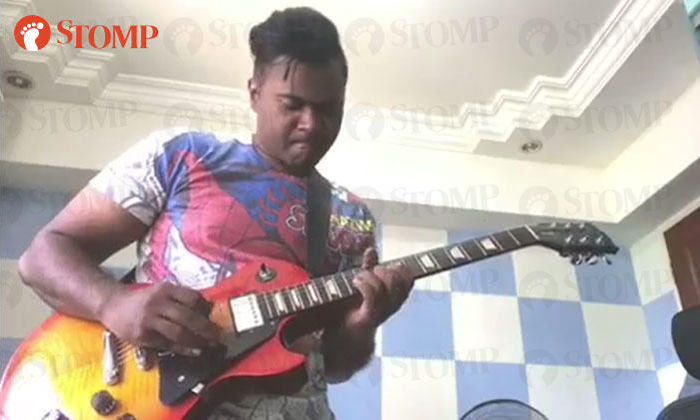 If you need a good example of how music transcends language barriers, you might want to take a look at this video by Stomper Alvin.

The recording shows him absolutely killing it with this rendition of the popular Cantonese song 'Hai Kuo Tian Kong' on an electric guitar.

In a telephone interview, the Stomper said that he was introduced to the song by a friend a month ago.

He was captivated by what he heard and went to look for the chords to the song online.

After a week of watching videos, reading chords and experimenting, Alvin managed to get the tunes of the hit song on point. The hard work he put in is evident in his mesmerising video, which you can see below.

The Stomper recently reunited with his polytechnic buddies to form a band called 'Nine Lives'.

They had played together in a band years ago, but disbanded after graduating.

At the moment, they are looking to perform at gigs at different venues.

Looking at Alvin's skills on a guitar, it looks like fans of Nine Lives will be in for a treat when they see the band in action.