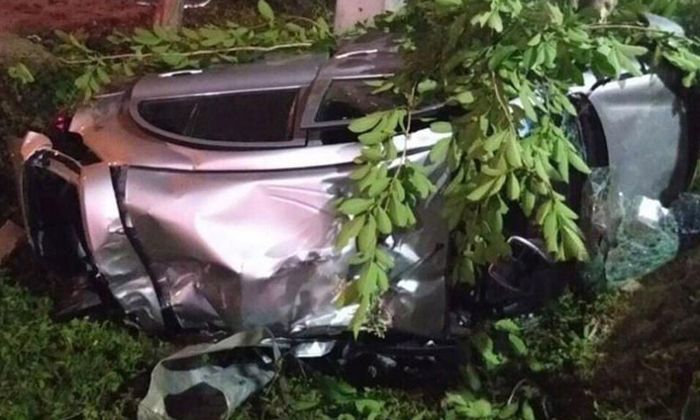 A 36-year-old Singaporean man was killed in a road accident in Thailand's northern province of Chiang Mai early on Saturday (March 30) morning.

Mr Joshua Tan Xing Hao crashed his car into a tree in Chiangmai-Prao Road at around 3.40am local time on Saturday. Emergency workers took him to Theppanya Hospital, where he died shortly after.

His companion, 25-year-old Kanokwan Nakmai, a Thai national, was found seriously injured and sent to McCormick Hospital, where she remained under intensive care as at Monday afternoon.

Police Major Vijit Jaroenwan from Maejo police station, who arrived at the scene shortly after the accident, told The Straits Times: "The car was severely damaged. Apparently, it had crashed into a tree.

"A bottle of whisky, which was partially empty, was found near the driver's seat. It was likely the driver was intoxicated."

Another police officer, Police Captain Wichian Pakkla from Maeping police station, told ST that a representative from the Singapore Embassy had asked to bring Mr Tan's body to Bangkok and this was due to take place on Monday afternoon.

When contacted, Singapore's Ministry of Foreign Affairs said the Republic's embassy in Bangkok is in touch with the man's family to render consular assistance.