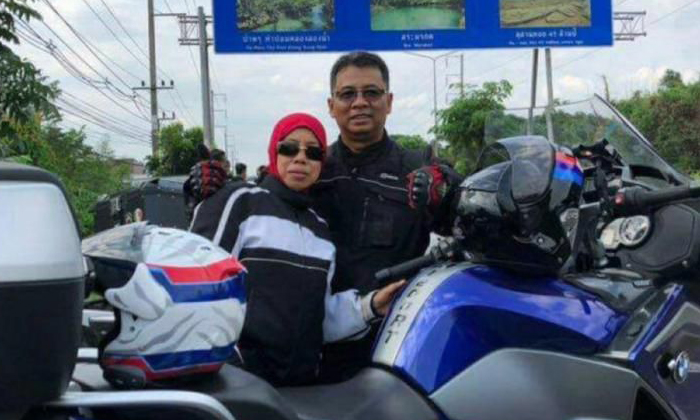 Two Singaporeans were killed and four were injured in an accident along Malaysia's North–South Expressway on Saturday afternoon (April 21).

The group were on a motorcycle road trip and had been heading towards Pagoh in Muar, Johor, when the crash occurred at around 12.45pm.

According to Muar police, Mr Rosli Rahmat, 50, lost control of his bike when it grazed the back of a Malaysian motorcycle, causing him to crash.

He died at the scene while his pillion rider had minor injuries, reported The Straits Times.

The rest of the group braked hard to avoid the collision, but the motorcycle that Ms Flora Shahnur Karni was riding pillion on failed to stop in time.

The 39-year-old woman was flung off the motorcycle after it crashed into another bike, causing her to land a few metres away. She subsequently succumbed to her injuries.

Her wounded rider was sent to a nearby hospital with the other three injured Singaporeans, reported Shin Min Daily News.

One of the injured victims was Mr Rosli's wife, Ms Mahiran Safari, 53, who sustained injuries to her face.