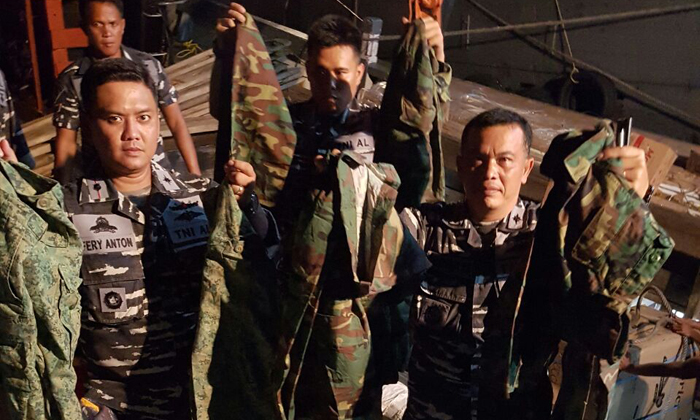 The Indonesian Navy on Wednesday (Nov 9) seized a truckload of used camouflage uniforms with SAF, or Singapore Armed Forces, tags on them.

The SAF attire included the green digital or pixelated camouflage uniforms first issued in 2008, as well as an older version with overlapping splotches of black, brown and green, both commonly referred to by servicemen as the No. 4 dress.

He told The Straits Times on Thursday that there were a total of 19 truckloads of smuggled goods ranging from used electronic equipment, such as television sets and washing machines. One among the 19 trucks carried only military attire, including combat boots, that he believed were SAF-issued items.

The admiral said the Navy has yet to determine the alleged owner of the goods but the boat captain and truck drivers are now being held for questioning in Tanjung Pinang.

"The question now is why that much military attire is being sent to Batam...we will investigate," said the admiral.

The unauthorised sale of SAF uniforms or equipment is an offence under military law in Singapore. Those guilty of misappropriation or theft of SAF property can be jailed for up to three years.