Drugs worth more than $282,000 seized from lorry at Woodlands Checkpoint 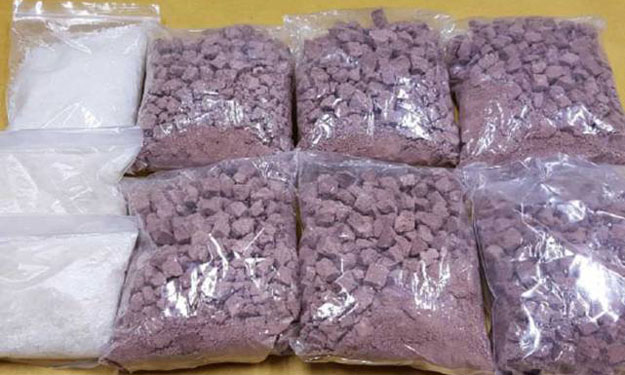 A haul of drugs worth more than $282,000 were seized by authorities, after an inspection of a lorry at Woodlands Checkpoint on Monday (May 16).

In a joint statement on Tuesday (May 17), the Immigration and Checkpoints Authority (ICA) and the Central Narcotics Bureau (CNB) said that a Malaysia-registered lorry was stopped for checks when it arrived at the checkpoint at about 4.50am.

The lorry had been carrying a consignment of pails and cans as well as shield anchors, but ICA officers also found drugs concealed in the compartment behind the lorry's passenger seat.

Two Malaysian men, aged 33 and 27, were also arrested and subsequently referred to CNB.

According to the Misuse of Drugs Act, trafficking of more than 15g of pure heroin, which is enough to feed the addiction of 180 abusers for a week, is punishable by death. The Act also provides for the death penalty if the amount of methamphetamine trafficked exceeds 250g.