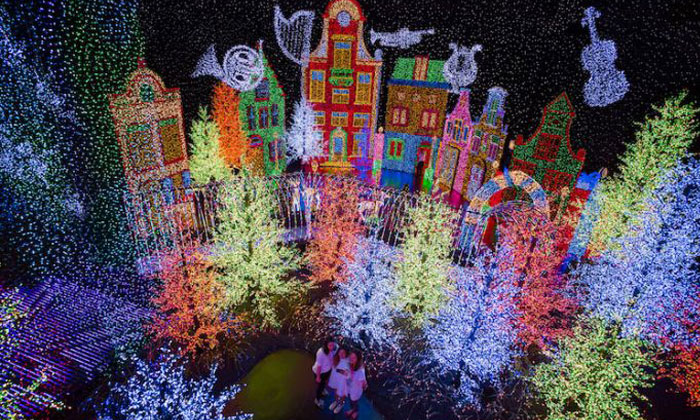 2016 has been a record-breaking year for Singapore, what with our star swimmer Joseph Schooling and para-swimmer Yip Pin Xiu breaking the world records during the Olympics and the European games respectively.

However, this record is of a different sort. Universal Studios Singapore broke the Guinness World Record for the largest lightbulb display in an indoor venue.

They unveiled the breath-taking display on the 12th annual Guinness World Records Day, with more than 600,000 other hopeful people trying their best to break records as well.

The display was created for the festive season. A whopping total of 824,961 individual bulbs was used to construct the attraction's showpiece, called 'Universal Journey', where visitors are given the opportunity to adventure through eight zones with different themes.

It took two months to construct.

On the Guinness World Records website, Mr Jason Horkin, Senior Vice President of Attractions at Resorts World Sentosa, is quoted to have said: “We have upped the ante for this year’s Santa’s All-Star Christmas with new experiences such as the record-breaking Universal Journey and the magical Santa’s Village, in addition to crowd favourites such as snowfall and fireworks."

"It’s very exciting to bring together the park’s all-star cast for one of the most festive Christmas celebrations in the region and we look forward to seeing our guests’ eyes light up with us during this special time of the year," he added.

Check out the gallery above to see mesmerising pictures of the record-breaking display, and maybe consider going down to Universal Studios SIngapore yourself to check it out!

The display will be on from Dec 1 - Jan 2 at Universal Studios Singapore. Santa's All Star Christmas Adult Bundle (which includes retail vouchers and an admission pass) costs $74, while a Family Bundle costs $134. Tickets can be purchased from the Universal Studios website.