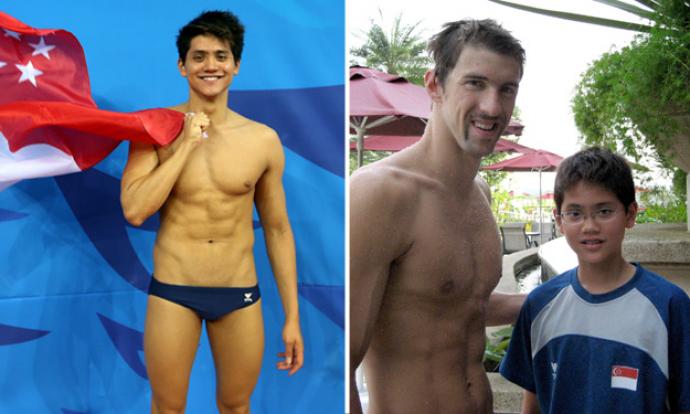 He beat his childhood idol and swimming powerhouse Michael Phelps, who came in second.

With his family in the stands, the young man swam the most incredible lap of his life to make both his and a nation's dream come true.

Amidst the Pokemon craze, most Singaporeans chose to wake up early on a Saturday to watch Schooling swim.

And they were rewarded with a display that is the accumulation of his dedication and talent.

In an unsual turn of events, Phelps shared second spot with two others after all three swimmers finished at the same time.

The defending champion from the United States, along with five-time Olympic medallist Laszlo Cseh of Hungary and defending world champion Chad le Clos of South Africa all clocked 51.41sec to share second place.