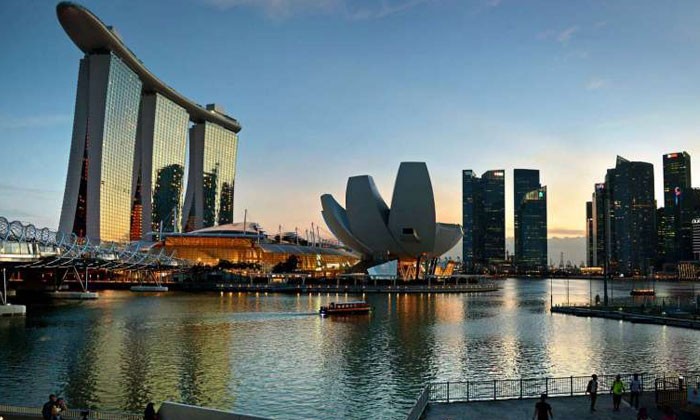 Suspects involved in the foiled plot to fire a rocket at Marina Bay had planned to launch the strike from a hill in Batam, said Indonesia's counter-terrorism chief Suhardi Alius.

The launch site in Taman Habibie, famous for a stairway locals call "the 1,000 steps", is located about 17km from Singapore's shoreline and just over 18km from the iconic Marina Bay Sands integrated resort.

General Suhardi, who heads the National Counter-terrorism Agency (BNPT), said members of the Batam-based militant group had been measuring elevation points and the distance from the hill to their target in Singapore.

"It's true that they only did surveys and measured the angle of elevation from Habibie hill to Marina Bay, but Bahrun Naim had plans to send expert technicians to make the explosives and to prepare for the strike," he said on Monday (Sep 26).

The BNPT chief was referring to Bahrun Naim, an Indonesian militant believed to be in the Middle East fighting for the Islamic State in Iraq and Syria (ISIS). General Suhardi was speaking at a closed-door dialogue with local editors and senior journalists in Jakarta.

He added that Bahrun had coordinated the plot with the cell in Batam using social media, similar to how he is suspected to have communicated with other local militants in Indonesia.

Indonesian police have since arrested six members of the cell, including its leader Gigih Rahmat Dewa, who was allegedly Bahrun's point man for the rocket attack on Marina Bay.

Bahrun is also believed to be linked to a 17-year-old who tried to blow himself up inside a Catholic church in Medan on Aug 28; and Nur Rohman, another suicide bomber who tried to attack a police station in the city of Solo in Central Java in July.

National police chief Tito Karnavian had said that the teenager had "directly contacted" Bahrun, while Nur Rohman was said to have learnt to build bombs from Bahrun over Telegram, a smart-phone messaging application.

General Suhardi said those were examples of how prevalent terrorist groups are making use of social media including Facebook, Youtube and Telegram.

"An example is Batam, where Katibah Gonggong Rebus received orders from Bahrun through social media," he added, referring to the KGR, which literally translates to Boiled Snails Cell, led by Gigih.

The threat of terror continues to grow in South-east Asia and the rising danger of extremism was underlined as recently as last week when Malaysia said it had detained one of its citizens and deported three foreigners with links to militant groups.

The latest arrest in Malaysia follows another one last month of three ISIS operatives who plotted attacks on the eve of the country's Independence Day.