Passenger goes on racist and vulgar rant, refuses to get out of car after dispute with Uber driver 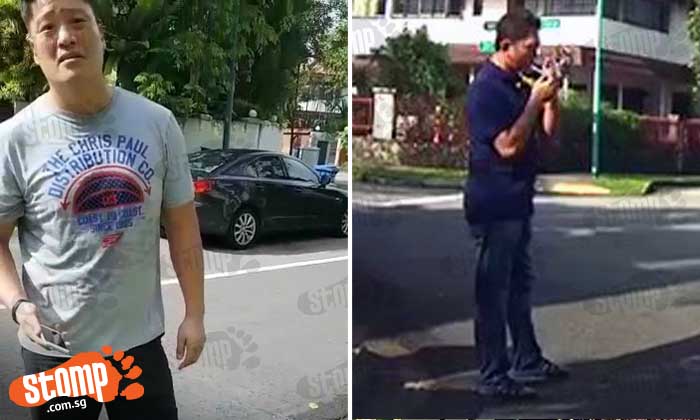 An Uber driver alleges that a passenger went on a racist and vulgar rant when he told the man that he could not let five people to board his vehicle.

Stomper Glen, the Uber driver, said that he had gone to pick the passenger up at 29 West Coast Rise at 9.30am today (May 14).

However, Glen said that he rejected the ride when he saw that the family had five people in total.

"I tried to explain that it is against the regulations but this rider kept scolding vulgarities.

"He also did not want to get out off the car so the police were called in.

"However, when the police came he became a different person and talked politely."

Glen said that the passenger got out of the car only when the police arrived.

"I was there for about 30 minutes because of this entire incident."

In a video the Stomper sent to Stomp, a man can be heard yelling vulgarities and racist remarks repeatedly.

Stomper Nath sent Stomp another clip of the passenger asking for Uber's contact number from the driver, and telling him that it was illegal to record footage of him.

Said Nath, "The guy in the grey T-shirt is the man who brought five of his family members into my friend's Uber car."

In response to Stomp's queries, the police said they received a call for assistance at 29 West Coast Rise at 9.32am today (May 14).

"The parties involved were advised accordingly," said the police.