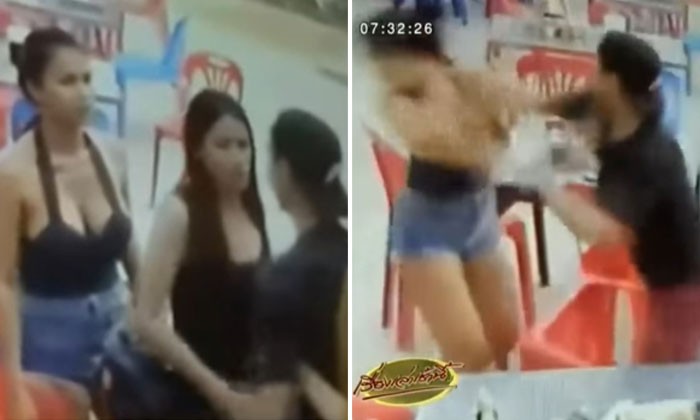 A 26-year-old man in Thailand viciously attacked a woman after the latter refused to give him her number.

According to Sanook!, the incident took place at a porridge shop in Koh Samui.

A video of the incident first shows the man laughing with his friends at a table.

He then went up to the table of his would-be victim and asked for her number.

She refused, and the man went berserk.

First he kicked the table, causing a bowl of porridge to topple and spill onto the woman's lap.

The woman then threw her drink angrily at the man.

The man tried to walk up to the woman in an intimidating manner, but was stopped by her friend.

He shoved her aside, and delivered a hard punch onto the woman's face.

The woman's friend kicked the man in the back to get him to stop, but was instead pushed away by the assailant.

Towards the end of the video, he landed another hard right hand on to the woman's face.

A police report has been made and the man has since been arrested.