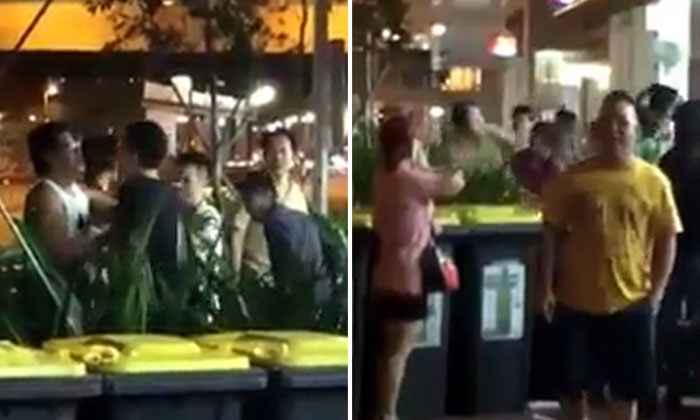 A huge brawl broke out at a coffeeshop in Chinatown along Upper Cross Street near OG People's Park.

A video of the altercation posted on Every Day SG first shows a group of men arguing by the road.

Thereafter, a fight broke out at a coffeeshop situated near the scene of the argument.

Men can be seen raining punches at each other. At one point, an item that looks to be a meal tray was thrown at one of the brawlers in the group.

The fight went on for around 50 seconds.

During the brawl, those involved pummelled each other with their fists and plastic chairs.

At the 22-second mark, one man can be seen using a stool as a weapon and giving another man three hard hits.

The fighting stopped at the end of the video, but the men can still be heard arguing.

It is unclear when the brawl took place and what led to the altercation.