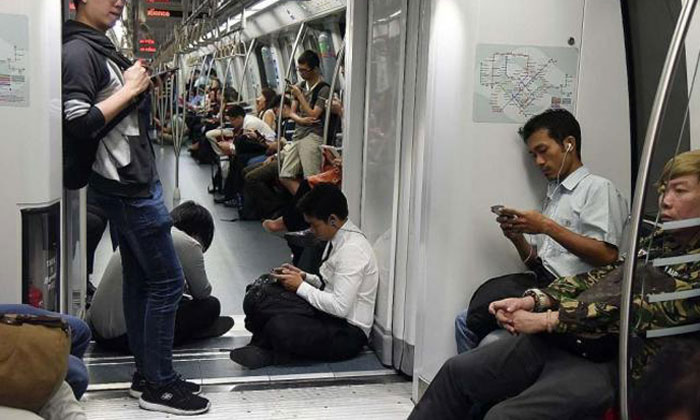 It was not telco interference, sabotage nor some paranormal activity that caused the Circle Line to fail over several days recently.

It was in fact a rogue train which had a faulty signalling hardware.

The train, No. 46, was put into service only last year. It has since been taken out of service.

The Straits Times understands engineers at the Defence Science and Technology Agency (DSTA) helped to crack the mystery of the signalling fault that caused train service on the Circle Line to be disrupted.

In late August, a mysterious signal interference resulted in slower train speeds and reduced service frequency for a week.

Similar problems popped up again this month during the morning peak hours, causing a three-hour disruption that affected thousands of commuters.

During the suspension, commuters could not call, text or access the Internet.

The authorities decided to rope in experts from other agencies, especially the Infocomm Media Development Authority, Government Technology Agency of Singapore, DSTA and DSO National Laboratories, he said. "The additional firepower has been most useful. While we knew signal interference was the cause, tracking down the source was not so straight-forward."

"GovTech and DSTA colleagues helped us think out-of-the-box and finally identify the rogue train with faulty signalling hardware as the culprit," he revealed.

"We are also grateful to the telco companies for working with us. We also thank our commuters for their patience and cooperation."
The Land Transport Authority said no other train has been found to have this fault but it is doing more checks.