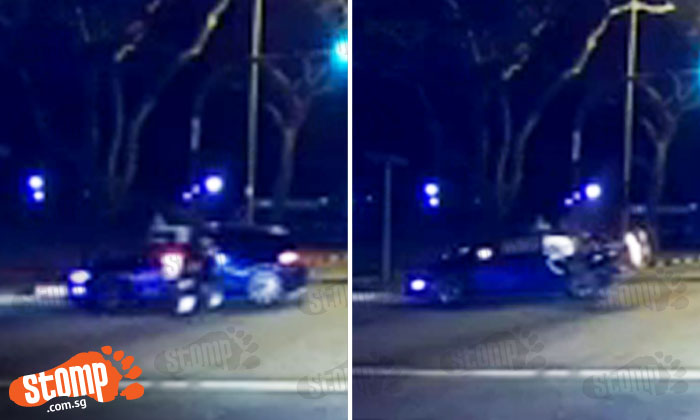 A rider was flung off his motorcycle after ramming into a Volkswagen Scirocco near the Mcdonald's outlet at West Coast Park yesterday (Sep 12) at around 7.35pm.

Stomper Ng who came across what happened sent Stomp a video of the accident captured by his dashboard camera.

In the video, the driver of the Volkswagen can first be seen making a right turn into a car park.

Just before the car entered the carpark, a motorcylist who was riding at a fast speed at the opposite side of the road then crashed into the left passenger door of the car.

The motorcyclist was flung forward after what happened.

"The motorcyclist had the right of way but the driver of the Volkswagen might not have seen him while making the turn.

"An Auxiliary police car was beside me when the accident occured.

"The officers attended to the motorcyclist and directed traffic.

"The driver of the Volkswagen also alighted to check on the motorcyclist."

The motorcyclist was conveyed conscious to NUH, said an SCDF spokesperson.