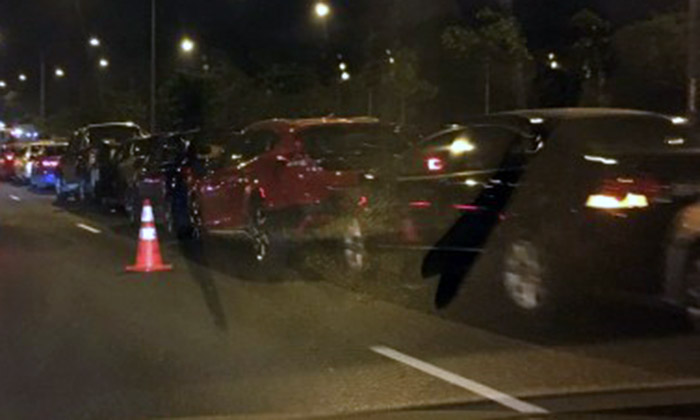 The accident took place at the junction of the SLE and Lentor Avenue, and police and the Singapore Civil Defence Force were notified at 10.46pm.

According to the police, the accident involved nine cars, a lorry, a taxi, a pick-up, and a motorcycle.

An ambulance was dispatched and one person was taken, conscious, to Khoo Teck Puat Hospital.

A driver who witnessed the scene, Mr Rizal Rashid, wrote on Facebook that the accident was precipitated by the lorry.

Police told The Straits Times that investigations are ongoing.