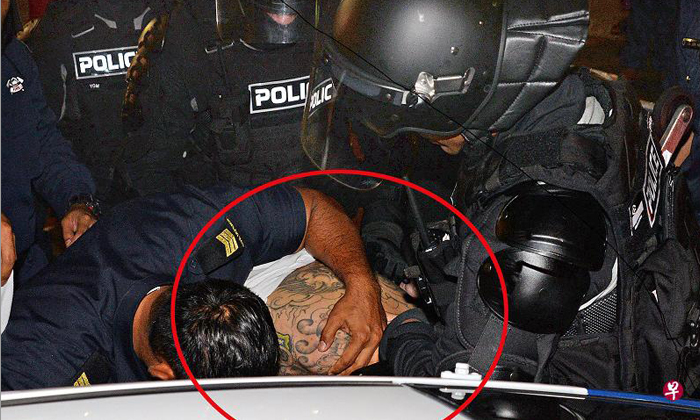 A man locked himself in a flat on the eleventh storey of Block 180C, Marsiling Road for five hours since 6.45pm on Wednesday (Jan 11).

Residents said he thew multiple items -- including glass bottles -- from the window of his flat.

One neighbour told Shin Min Daily News that there were many glass shards at the foot of the block, and that the man had stolen a ladder from her house before locking himself in.

The Singapore Civil Defence Force (SCDF) was alerted to the incident at 8.50pm, according to The Straits Times. Police reinforcements arrived at around 9pm.

SCDF officers from the Disaster Assistance and Relief Team were deployed to the 10th to 14th floors of the block.

The man’s fiancee also tried to persuade him to cooperate, but he refused to do so.

At 11.30pm, five hours after the man first locked himself in, police forced their way into the flat and arrested the man for rash behaviour and theft.