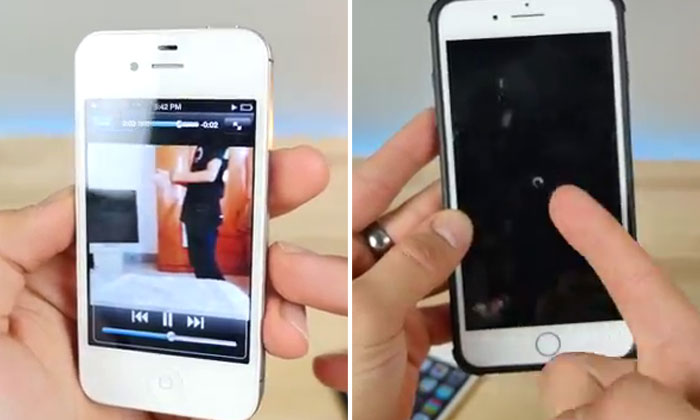 Apple iPhones are falling victim to a new type of crash bug that renders the company's smartphones unusable after watching a short video.

Playing the video causes devices to slow down and eventually grind to a halt. And it doesn't seem to matter which version of the iPhone people use.

A video showing the effects of the bug on various iPhone models has been uploaded to YouTube.

The video from the Sina Weibo-backed video-sharing app Miaopai plays normally in the iPhone’s video player, but once the video is finished it can take up to a minute for the iPhone to lock up, requiring a forced reboot to recover it, according to a report in the Guardian.

Most people are unaware anything has happened, continuing to use their smartphone until it either won’t turn back on or locks up in an app, the home screen or with a spinning loading logo on a black screen.

The bug, which appears to involve the media handling functions of iOS, affects versions of the operating system as far back as iOS 5 and devices from the iPhone 4 to the iPhone 7. The older the smartphone, the faster the lockup occurs, says the Guardian.

The lockup is not permanent, but requires a soft reset or forced reboot to recover the functionality of the iPhone.

Once the iPhones reboot, everything appears to function as normal.

The bug is most likely sparked because the video is a corrupt file which starts a memory leak chain when it is opened in Apple's Safari web browser, according to The Next Web.

Apple's iOS operating system then fails to handle the problem as it multiplies, rapidly slowing the device down to a stop.

The iPhone-freezing video, discovered is a short .mp4 clip of someone standing by a bed with the words 'Honey' written across the screen.

Android users have reported watching the video without any difficulties, said the Daily Mail.

Related Stories
See this white line at the back of an iPhone 6? Here's what it actually does
Here's how to get your iPhone 6s battery replaced for free
Woman orders iPhone 7 online… and of course receives anything but that
iphone
prank
video
technology